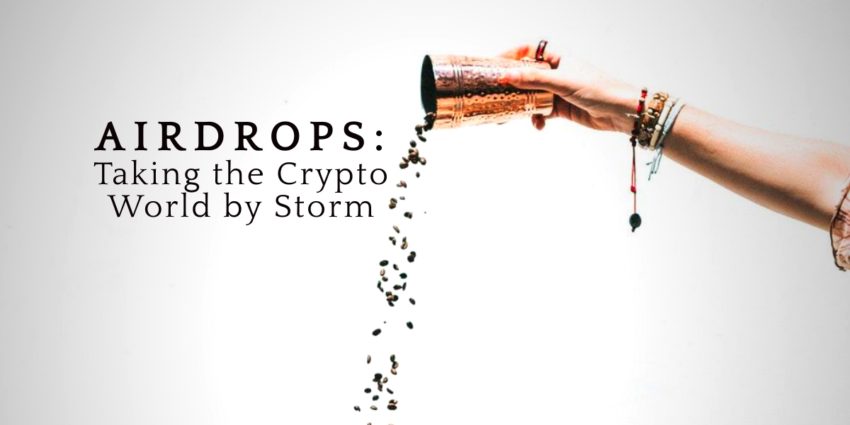 From hard forks to ICOs, airdrops are taking the cryptocurrency world by storm… Everyone knows why crypto investors love airdrops… FREE coins! Truthfully, though, airdrops are more than “free coins” for bounty hunters. Airdrops are the ultimate in guerilla marketing, and are a powerful (although often misused), marketing and organic growth tool.

Let’s examine some of the ways cryptocurrencies & ICOs benefit from airdrops:

Cryptocurrencies are most useful when they are as widely distributed as possible. Despite the quickly growing interest in crypto assets, adoption remains relatively low. Airdrops address this issue, and serve the purpose of helping with both cryptocurrency decentralization and network security support. ICOs often have fewer than 30 or 40 thousand investors. Bitcoin and Ethereum, on the other hand, have millions of users. An airdrop literally gives millions of people a chance to interact with your coin, achieving not only a broad distribution, but also encouraging more robust engagement levels than even the most successful ICOs.

ICOs are using airdrops as an alternative method for pay-per-click advertising in the wake of ICO ad bans from both Facebook and Google, and expected from Twitter. And it WORKS. As a result of this increased interaction, airdrops also serve to boost awareness. Rather than burdening your target community with the “opportunity” to purchase, give them the choice to sell or hold, FIRST. With skin in the game, there’s a solid chance those involved in your airdrop will take a serious look at your project. Maybe they should buy, after all?

ICOs often use airdrops to reward early investors. For example, ICO investors are eligible for an airdrop six months after exchange listing, assuming investors held their tokens during that time. The ways in which ICOs can use airdrops are only limited to their imaginations. Another popular use for airdrops is for hard forks. Cryptocurrencies such as Bitcoin, Ethereum, Litecoin, and Monero, amongst others, are forked to created a new coin, to be distributed to existing holders of these parent coins. Investors often see a short-term bounce in parent coin price as buyers plan to receive hard fork coins. Not only that, but hard forks are a relatively easy way to raise funds for your dev team. For example, a hard fork could airdrop 95% of tokens to all Bitcoin holders, while the project and team reserve 5% to fund future growth and development.

It’s important to remember that airdrops are, on the back-end, complex to manage and easy to screw up. I’ve seen the horror stories of poorly run airdrops unfold and ruin an ICO. That said, none can argue the power that comes from a great airdrop offering well managed and properly distributed. Let me know if you have any questions on the above!