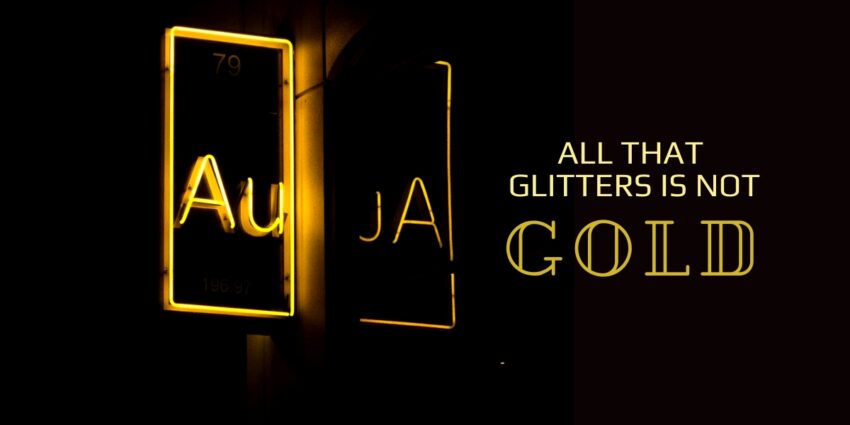 The BEST economy EVER!

Q1 GDP Smashes Expectations, Soars 3.2%!! “With the Atlanta Fed forecasting Q1 GDP of as little as 0.5% about 6 weeks ago, traders were shocked when moments ago the BEA reported a GDP print that at first glance many though was a misprint: at 3.2%, Q1 GDP came in 50% higher than the 2.3% expected, and was the highest Q1 GDP (which is not only the weakest quarter of the year, but also a quarter notorious for its residual seasonality) since 2015.” – Zero Hedge 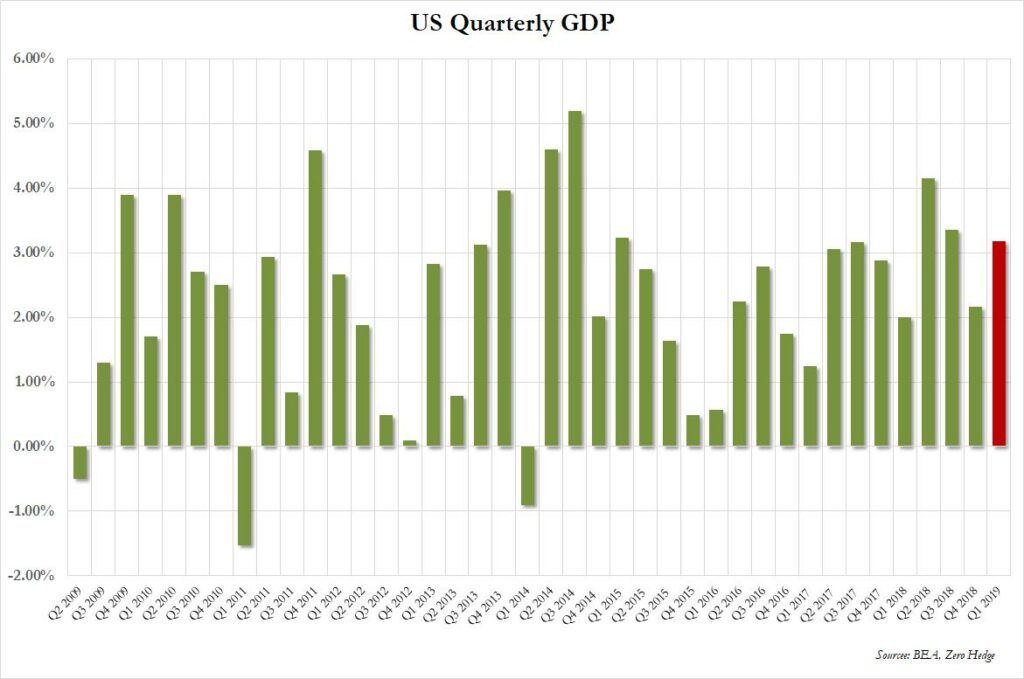 But the numbers were a mirage.

“On the outside, it looks like a shiny muscle car. Lift the hood, however, and you see a fragile one cylinder engine.” – Bernard Baumohl, Economic Outlook Group

“First-quarter GDP is 3.2%, but the underlying data is much weaker and is consistent with a slowing economy … To the degree today’s data has any info it is that the underlying trend of consumption and investment is weakening. And no reason to believe we’ll get lucky again next quarter with inventories, NX, and govt.” – Jason Furman

First quarter GDP is 3.2% but the underlying data is much weaker and is consistent with a slowing economy.

“Today, newly emergent economic and political risks threaten Hong Kong’s decades of stability. Below is a chart of Hong Kong’s aggregate balance – The HKMA has spent 80% of their reserves over the past year or so. If the aggregate balance goes to zero, we expect Hong Kong rates will spike (as you see we are in the convex portion of the scatterplot today) and their banking system could collapse. Hong Kong currently sits atop one of the largest financial time bombs in history.” – Hayman Capital 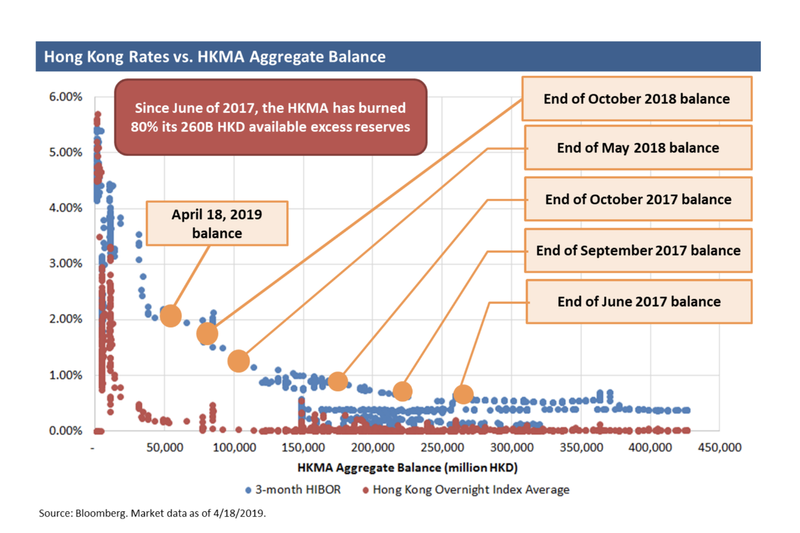 “Equities are largely pricing in a recovery in China leading to a pick up in global growth, as shown below by the correlation between China’s PMI and $SPX YoY. That said, we are not seeing the subsequent pick up via China’s largest trading partners. This is showing up in the global PMI, which has yet to recover similar to what we have seen in China, and is showing a much different picture of where equities should be priced. The counter to this thought process is that China leads the world, thus the global PMI should pick up. To this point, I would point to China’s M1 vs. the global PMI, illustrating we have 5-6 months before the global data bottoms. Let’s assume I’m wrong, and China is picking up and about to drive global growth materially higher. Why are the currencies of China’s largest trading partners significantly weakening? The last time China bottom, these currencies were materially strong. The China optimists will point to financial conditions improving and Chinese short rates. To the first, financial conditions are largely a function of equities prices, so we’ll throw that feedback loop out. On the second, we have seen a large divergence between short rates and M1. This is due to the large scale deleveraging in off balance sheet products and non-bank financial institutions that has pulled M1 lower, as shown below. It’s our view (working thesis), that this was and is a large scale source of import demand, hence why trading partners weak. This likely leads to the re-emergence of China slowdown fears (twilight period) from now into the end of summer that weighs on risk assets.” – Teddy Vallee

Equities are largely pricing in a recovery in China leading to a pick up in global growth, as shown below by the correlation between China's PMI and $SPX YoY. pic.twitter.com/GhJ5rTZyWC

“Japan Industrial Production falls more than expected, down 4.6% Y/Y. No signs of an upturn in Japan yet.” – Eric Basmajian

Japan Industrial Production falls more than expected, down 4.6% Y/Y. No signs of an upturn in Japan yet. pic.twitter.com/aqDJvhD5XP

“The credit card charge-off rate rose to 3.82% in Q1, the highest since the second quarter of 2012. And loans 30 days past due, a harbinger of future write-offs, increased at all seven of the largest U.S. card issuers.” – @lisaabramowicz1

'The credit card charge-off rate rose to 3.82% in Q1, the highest since the second quarter of 2012. And loans 30 days past due, a harbinger of future write-offs, increased at all seven of the largest U.S. card issuers.' https://t.co/vx3GWuPIVj ht @lisaabramowicz1 pic.twitter.com/ix2A6Cyglg

And small-caps flashed a warning …

“From a macroeconomic view, small-caps tend to be more economically sensitive, so under-performance can be a recession warning. For the past two market corrections — a 10 percent drop or more — small caps led the drop, and then the recovery. Looking back further their track record of forecasting trouble for the broader market is good, but not great. The data suggest that the small-cap warning warrants further analysis, but it is should not be taken as an outright sell signal for the broad market just because it has worked the last two times.” – Ed Clissold, Ned Davis Research 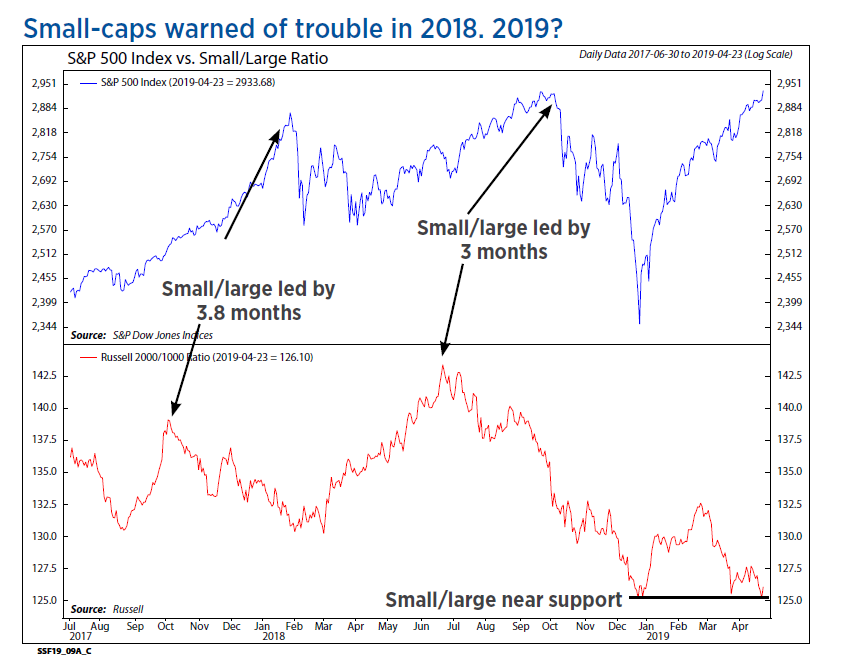 While the trend towards de-dollarization resumed.

“India’s central bank is likely to join counterparts in Russia and China scooping up gold this year, part of a wider picture across developing economies that are looking at de-dollarizing their foreign-exchange reserves.” – @EconomicAlpha

Yes but when will this development, which has been ongoing for a while, actually matter. Rhetorical question. https://t.co/9FGeesX5vn

Worried about historically high stock valuations? Wondering if precious metals have a place in your portfolio? Not sure if cryptocurrencies are a unique asset class? Interested in investing for all economic conditions? Proper risk management and portfolio diversification are not difficult to achieve. What is Investment Diversification? introduces the concept of diversification, defines the importance of risk management, identifies investable asset classes, and then digs into each asset class in depth. Get the book – click on the image below!