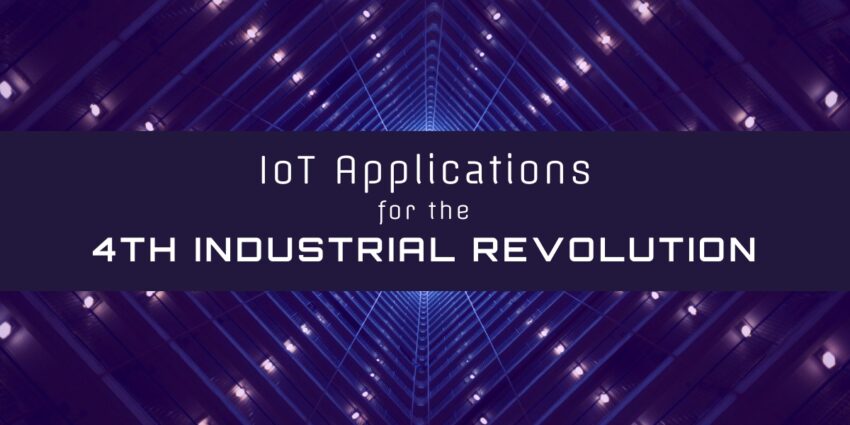 The Internet of Things – it’s everywhere, it’s huge, and it’s kind of a big deal… which is exactly why defining “it” is so difficult. The purpose of this article is to showcase IoT applications, both currently in use and in development. I feel that a better understanding of how IoT connects not only our devices, but our lives, will answer most questions people have about what the Internet of Things actually is.

Many times people unnecessarily complicate the topic of IoT by segmenting applications or use cases into sectors, such as IoT for automotive, energy, healthcare, manufacturing, retail, smart homes and smart cities, agriculture, construction, mining, transportation, and even sports & fitness. I’ve gone against the grain in this post by aggregating applications together into a single list. Why? Because I feel that a macro view of IoT is the most beneficial approach to understanding what opportunities IoT disruptions bring for advantageous capital allocation… as in, “How can I make money from all this stuff?”

Check out the following list of interesting IoT applications!

Aerospace companies have mainly introduced IIoT solutions on the factory floor for tracking tools and parts, with some beginning to expand the number of on-board IoT devices. An airplane that knows when it’s going to encounter maintenance problems before they actually happen would save a significant amount of man-hours and money for airlines. The widespread usage of analytics programs that have the ability to monitor aircraft proactively not only improves turnaround times for airlines but also helps meet customer needs more effectively.

IoT is making self-driving and connected cars a reality. Automotive industry leaders such as BMW, Ford and GM and newer entrants in the auto space like Google, Local Motors and Uber are announcing and deploying innovative technologies to support connected car platforms. These automotive IoT initiatives promise to save lives, reduce pollution and commute hassles and simplify transportation for millions around the globe.

Rail is another area of high upside for the Internet of Things. For example, the latest GE Evolution Series Tier 4 Locomotive is loaded with 250 sensors to measure a staggering 150,000 data points per minute. This data, combined with other incoming data streams from environmental and operating systems, along with analytics, helps anticipate events that might impact several critical areas such as safety, on time performance, equipment uptime and longevity.

Unmanned aerial vehicles (UAVs), or drones, have quickly become one of the most talked about products in the tech space, thanks to their many useful applications. In the near future these machines could play a significant part in the IIoT by acting as either a sensor or by providing a connection between sensors and data collection points.

Drones may not yet be seen as a fully fledged connected IIoT device, but they can carry all range of sensors and are autonomous machines capable of gathering massive amounts of valuable data. Construction companies can use drones to undertake daily land surveys and feed this data into software to ensure construction is on schedule and send an alert if anything looks out of place or improperly built. But drones are no mere data collectors, with the devices potentially being able to quickly act on the data they collect and communicate with other drones in the IIoT to work together to overcome problems.

Energy companies can expect to see their operations fundamentally altered when IoT is fully embraced in their sector. Spikes in energy consumption around major TV broadcasts and weather events have long troubled utility firms. But with effective energy demand management through the IIoT, the need for investment in both energy networks and power plants is reduced.

Smart meters are one example of the industry’s move towards IoT technologies, although at the moment they only record usage amounts and timings. Utility firms could potentially provide price information to these meters, which could in turn interact with other IoT devices to use energy at the most efficient time. New oil and gas pipelines are fitted with sensors that detect leaks and alert repair teams, so issues are fixed before they can cause problems and the number of blackouts and brownouts are kept to a minimum. Any improvements the IoT can achieve in energy supply management will become increasingly valuable as utility companies look for the most effective ways to deal with multiple energy sources in a decentralized network (the blockchain).

Smart cities have real, substantial solutions for complications that arise due to population surges, pollution, poor infrastructure and energy supply shortages. The “Smart city” is a large topic spanning a wide variety of use cases:

The concept of tiny sensors the size of a grain of sand, with the ability to detect everything from chemicals to vibrations, was first thought up in the early-1990s, but little progress was made in the following years turning this intriguing idea into a reality. However, interest in this nascent technology has grown recently, with research firm Gartner predicting smart dust will trend in the next five to ten years. Applications of these connected smart dust particles in the IIoT are virtually endless, from oil exploration companies spreading smart dust to monitor rock movements to small sensors all over factory equipment continually looking out for changes and problems.

A future smart grid promises to use information about the behaviors of electricity suppliers and consumers in an automated fashion to improve the efficiency, reliability, and economics of electricity.

Smart healthcare is also called Connected Health, Digital health, Telehealth, and Telemedicine. Oh yeah, people also throw Medtech in there. The concept of a connected health care system and smart medical devices bears enormous potential, not just for companies, but also for the well-being of people in general. Ever heard of Ingestible Sensors? These are pill-sized sensors which measure if patients are taking prescribed medications or not. Upon swallowing, these sensors get activated and start gathering the data. If the patient forgets to take medication or takes incorrect medication, the sensors automatically send a message to a family member’s or caregiver’s smartphone. It’s the beginning of Big Brother…

A smart home is one in which devices have the capability to communicate with each other, as well as with their environment and the Internet. Smart homes enable owners to customize and control their home environments for increased security and efficient energy management. There are already hundreds of IoT technologies available to monitor and build smart homes.

The potential of IoT in the retail sector is enormous. Imagine if your home appliances could notify you when supplies are short and order them all on their own. This proximity-based advertising model of smart retailing is becoming a reality. We already have Internet of Things application examples through smart supply chains. Applications for tracking goods, real-time inventory information exchange among suppliers and retailers, and automated delivery capabilities exist and new growth areas are emerging quickly. Other smart retail use cases include:

Solutions for tracking goods while they are on the road, or getting suppliers to exchange inventory information have been on the market for years. This isn’t the exciting part of IoT, but interesting use cases include:

Wearable IoT tech is a very large domain consisting of many devices, broadly covering fitness, health and entertainment arenas. The primary prerequisites for wearable IoT technology are that sensors or devices are highly energy-efficient, ultra-low power, and small-sized.