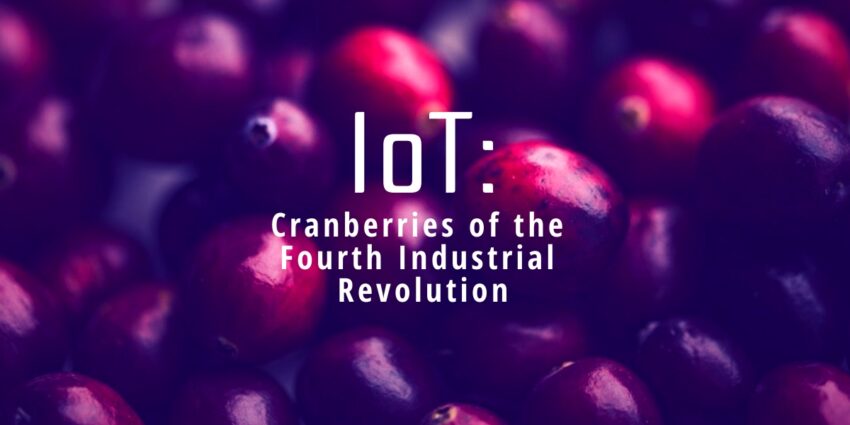 More and more it seems “IoT” is becoming a catch phrase to basket technologies. Artificial Intelligence, Cloud Computing, Drones, … everything from Autonomous Vehicles to Nanopayments have been lumped together into the “connected” category. And I get it – the Internet of Things is a HUGE topic. That’s where the confusion comes from: everyone has an angle; Are we talking about connected devices? Automation? Are we talking about the economic impact on companies, countries, or citizens?

“It’s an energy field created by all living things. It surrounds us and penetrates us; it binds the galaxy together.” Obi-Wan Kenobi

LOL … ok, maybe IoT isn’t the Force, but Obi-Wan wasn’t far off in his concise explanation. The Internet of Things does surround and penetrate. It also binds together our Fourth Industrial Revolution galaxy, and, although not an energy field created by living things, the IoT certainly can be represented by the energy field created by connected devices.

What IS the Internet of Things?

Forbes: Simply put, IoT is the concept of basically connecting any device with an on and off switch to the Internet (and/or to each other). This includes everything from cellphones, coffee makers, washing machines, headphones, lamps, wearable devices and almost anything else you can think of.  This also applies to components of machines, for example a jet engine of an airplane or the drill of an oil rig.

Gartner: The Internet of Things (IoT) is the network of physical objects that contain embedded technology to communicate and sense or interact with their internal states or the external environment.

Internet of Things Global Standards Initiative: The Internet of Things (IoT) is the network of physical objects or “things” embedded with electronics, software, sensors, and network connectivity, which enables these objects to collect and exchange data.

Wikipedia: The Internet of things (IoT) is the network of physical devices, vehicles, and other items embedded with electronics, software, sensors, actuators, and network connectivity which enable these objects to collect and exchange data. The IoT allows objects to be sensed or controlled remotely across existing network infrastructure, creating opportunities for more direct integration of the physical world into computer-based systems, and resulting in improved efficiency, accuracy and economic benefit in addition to reduced human intervention. When IoT is augmented with sensors and actuators, the technology becomes an instance of the more general class of cyber-physical systems, which also encompasses technologies such as smart grids, virtual power plants, smart homes, intelligent transportation and smart cities. Each thing is uniquely identifiable through its embedded computing system but is able to interoperate within the existing Internet infrastructure. “Things”, in the IoT sense, can refer to a wide variety of devices such as heart monitoring implants, biochip transponders on farm animals, cameras streaming live feeds of wild animals in coastal waters, automobiles with built-in sensors, DNA analysis devices for environmental/food/pathogen monitoring, or field operation devices that assist firefighters in search and rescue operations. Legal scholars suggest regarding “things” as an “inextricable mixture of hardware, software, data and service”.

Wired: In the broadest sense, the term IoT encompasses everything connected to the internet, but it is increasingly being used to define objects that “talk” to each other. Simply, the Internet of Things is made up of devices – from sensors to smartphones and wearables – connected together. It’s about networks, it’s about devices, and it’s about data. IoT allows devices on closed private internet connections to communicate with others and the Internet of Things brings those networks together. It gives the opportunity for devices to communicate not only within close silos but across different networking types and creates a much more connected world.

See what I mean? NOT simple explanations. Maybe Obi-Wan had it right, after all.