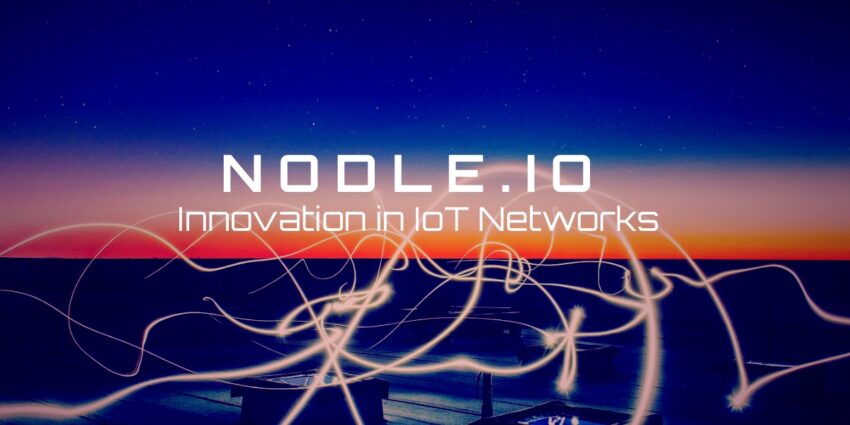 Nodle.io is a software-based, low-energy, low-cost connectivity service that uses bluetooth to connect devices instantly, anywhere in the world.

This is not new technology, though – bluetooth low-energy was introduced in 2011 as the primary feature of Bluetooth v4.0 and its use-cases are well documented. Ideal for applications requiring episodic or periodic transfer of small amounts of data, bluetooth low-energy is especially well suited for sensors, actuators, and other small devices that require extremely low power consumption. Some important end-uses of bluetooth low-energy include GPS for location tracking of devices and assets, Smart Homes for home automation, the Industrial Internet of Things (IIoT) for firmware updates, and in MedTech for fitness trackers and other wearable device networks.

While bluetooth low-energy isn’t a new idea, Nodle.io’s approach is:

Nodle.io is building the world’s first low-power, delay-tolerant IoT network made for energy harvesting and ultra low-power devices in order to allow IoT manufacturers to rent their 3G and 4G infrastructure using smartphones as a gateway. Eventually, Nodle.io plans to expand this program to include home routers and the ever-increasingly autonomous vehicle. As the world becomes more connected, the opportunities for bluetooth low-energy deployment continue to grow.

Bluetooth low-energy technology works, and Nodle.io aims to make sure everyone understands this. “With low-energy comes great adoption”… isn’t that how the saying goes? To get to mass adoption, Nodle.io is betting on a combination of crowdsourcing bandwidth and business partnerships.

Because Nodle.io networks need a way to connect to the internet, Nodle.io will offer a software development kit (SDK) for those who want to build the Nodle SDK into their applications. This is a symbiotic relationship: the Nodle SDK allows developers to monetize their software using standard app permissions and without writing a single line of code. “If your app connects with existing IoT devices, Nodle provides a way to monetize your app and hardware infrastructure.”

Here’s how it works: Developers who use the Nodle SDK can monetize apps by turning users into potential network hubs that the Nodle.io networks can then use to connect to the internet. Nodle.io then shares its revenue with these developers based on the number of connections they facilitate.

The IoT is alive, and growing: In a recent report, Gartner stated that there will be 8.4 billion connected devices in use in 2017, up 31% from 2016. The consumer segment is the largest user of IoT devices, at 63% of the total (#smartphones). Considering the proliferation of smartphones available as IoT devices, this is a huge opportunity to Nodle.io. In addition, the number of connected devices is projected to reach 20 billion by 2020. The consumer segment is expected to remain the largest contributor, nearly tripling connected devices to 12.8 million. However you slice the numbers, opportunity seems abundant for Nodle.io.

In an regular feature called “12 questions,” Gina Smith, robotics super-woman, NYT best-selling author, and former ABC News tech correspondent, recently interviewed founder Micha Benoliel on the experiences that led him to Nodle. Below is an excerpt from that interview.

You founded Open Garden, a mesh networking play. But Nodle isn’t mesh networking…  When you build hardware, you may sell 1 million of your devices but the active user base for the mobile application linked to it may end up being one tenth of that number. Therefore, it is hard to provide the best utility if you only rely on your own users. Device makers need a new networking layer that is easy to access and global. The idea that we’re going to need a sort of WAN for IOT devices to connect among each other, to the net and corporate LANS/WANs, is something I’ve been hearing about for a few years now. But beyond 3G or 4G kluges, they didn’t really begin to materialize until recently (ie LoRa/SigFox, et al). “To realize that idea you need an open WAN that is global and very inexpensive. That’s what we are building with Nodle.”

Instead of a low power WAN like LoRa, etc, you’re tackling it from another direction — Bluetooth. That makes sense, but why you were the first to do it? Was there some sort of tech challenge you had to solve in order to create your first mover advantage? There is a market trend. Bluetooth is already accounting for 30% of all IoT devices and the trend is towards reaching adoption on 50% of all IoT devices. The evolution of the standard itself is making it more and more relevant. Bluetooth Low Energy (Smart) made a leap in how the protocol could be used and bluetooth 5 is augmenting that potential. “The next big leap will be bluetooth mesh.”

Nodle is SDK based. So it needs to be built into apps, right? Can you share an example of a developer who is doing this and what benefit their Nodle-enabled solution will afford? I like a lot what we are doing with LifeKit in Vietnam. They build healthcare devices that are used in hospitals to help kids with breathing. There is a clear lack of infrastructure in many other South East Asian countries, but by leveraging people’s smartphones who are working in hospitals to collect useful data, they are able to improve the maintenance and the quality of their devices. Other obvious use cases are the partnerships we have in the motion tracking space with MyStilla or the tracking of assets with Trackr.

“What’s your secret weapon — or the particular advantage you guys bring to the table that will make developers write for Nodle and not for competition that may emerge? Our strategic advantage is a combination of IP, know how, and strong partnerships combined with the mission of the company, whose focus is to enable more innovation by lowering barriers to access for a global connectivity layer.