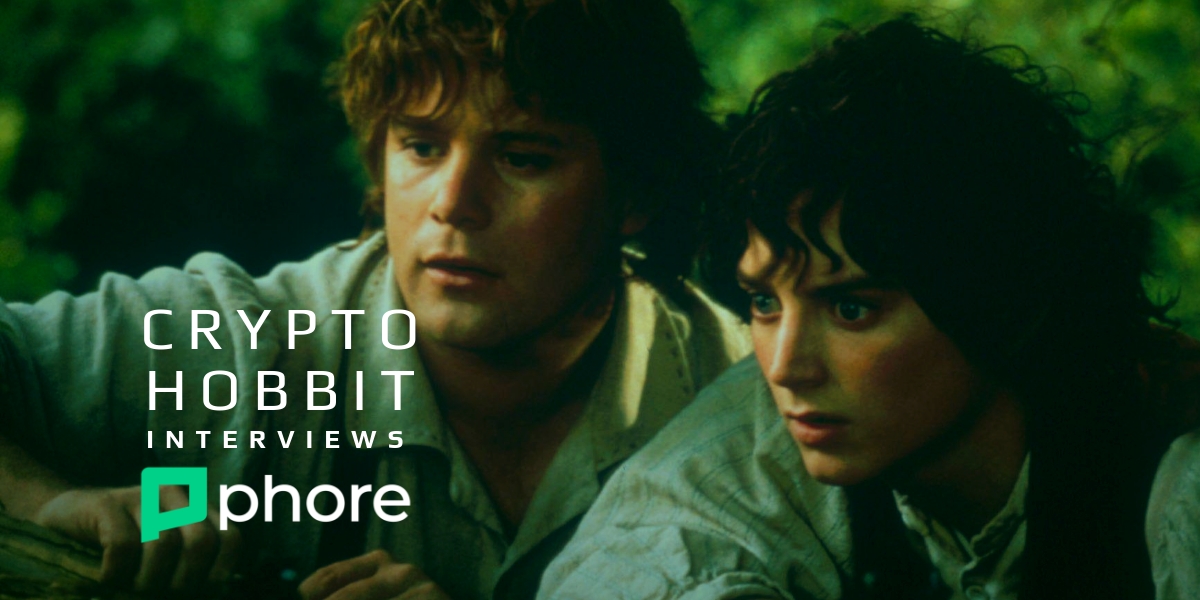 Bear markets ruin marketcaps, but also give researchers a chance to find those businesses hard at work developing their products, services, team, and preparing for the future. I’m talking about businesses growing despite price and without the plan to exit for lambos. At this point crypto startups are dropping off the map daily… who’s still working?

Below you’ll find an excerpt from my recent chat with Thomas Ambler, Phore Co-CEO. Enjoy!

1. We chatted on the Phore Marketplace during a previous interview in August 2018. What developments have been made on the marketplace since then, and what is the plan for continued marketplace development and adoption in 2019?

2019 will be a big year for the Phore Marketplace! Our developers have been actively working on the next release of the marketplace. In fact, we expect another beta release very soon with added features and functionality. The user interface will be improved along with other improvements that include:

2. Phore implemented SegWit in 2018, which set a foundation for the implementation of Atomic Swaps and Lightning Network capabilities. Are these capabilities being advanced by the Phore devs?

SegWit fixed transaction malleability, other issues, and added functionality. We also included the “checktimelockverify” (CTLV) in SegWit which is required to support Atomic Swaps. Our new architecture, code name Synapse, is being built from the ground up to support sharding which has a different, and we believe a superior, way of addressing Atomic Swap transactions.

It also offers faster transactions that dramatically increase speed and scalability, many times more than SegWit can. In fact, Synapse will provide the scalability that a Lightning Network would. At this time, we believe we will include the CTLV code with the release of Synapse to allow for flexibility should the need arise.

Phore Synapse will serve as the foundation for Smart Contract capability. Smart Contracts enable more complex transactions, and the development of an endless array of decentralized applications. The underlying language of our Smart Contract operations is called “WASM”. This is an important differentiator for Phore when compared to other Smart Contract platforms such as Etherium or Tron. WASM offers a huge performance advantage and is about 20% faster.

With Smart Contracts, we will be able to issue tokens, similar to ERC20 tokens used by the Etherium network. We expect this to increase the use and demand of Phore and can lead to businesses running their entire operation on the Phore platform. Industries including HeathCare, Finance, Supply Chain, and almost any other industry can take advantage of Smart Contracts written on the Phore platform.

4. What other capabilities will Synapse enable? What are the possibilities, beyond super fast transaction speeds?

Sharding is a major capability Synapse will offer. It will be possible for each shard to have a different consenses protocol. For example, we can have an identity shard, a privacy shard, or a smart contract shard. To support our anticipated speed and scalability, transfer shards will be used to dramatically increase transactions. So each shard can be optimized for it’s own use case – meaning it doesn’t compete with other tokens on a single blockchain in the way that current ERC20 tokens do.

It might even be possible to have a token-specific shard that allows tokens to run on their own blockchain, while offering benefits to Phore Masternode owners. What happened with Crypto Kitties is an example of the issues when different tokens share a single blockchain. This could make Phore an attractive solution for other projects to utilize.

CASPER is another advantage Synapse will bring to Phore. CASPER is a proof-of-stake algorithm that encourages staking on the correct network chain. Today, old forks will exist as long as staking is taking place on them, whether it is on the right chain or not. CASPER incentivizes nodes to converge on a single chain, which reduces the number of forks you may see on a blockchain at any given time. This has obvious advantages and strengthens the network.

5. “The Synapse platform represents a major step forward in masternode technology.” How so?

The role of masternodes is expanding with Synapse, changing in a fundamental way. Staking, resolving blocks, and masternode rewards will converge. In addition, masternodes will support and enable sharding. For example, each shard will be supported by a set number of masternodes (validators) for a short period of time. After that set amount of time, shards will be shuffled around the masternodes on the network.

Today, each masternode needs to keep a complete history of the blockchain. Over time, this builds up, takes up space, and eventually leads to a larger cost to running masternodes. With Synapse, each masternode only needs to sync up with the latest transactions for specific shards which reduces the amount of disc space and RAM. They only need to process the current state and then can move on making them, and the network much more efficient.

“Masternodes have never been leveraged in this way, and it is a game changer. “