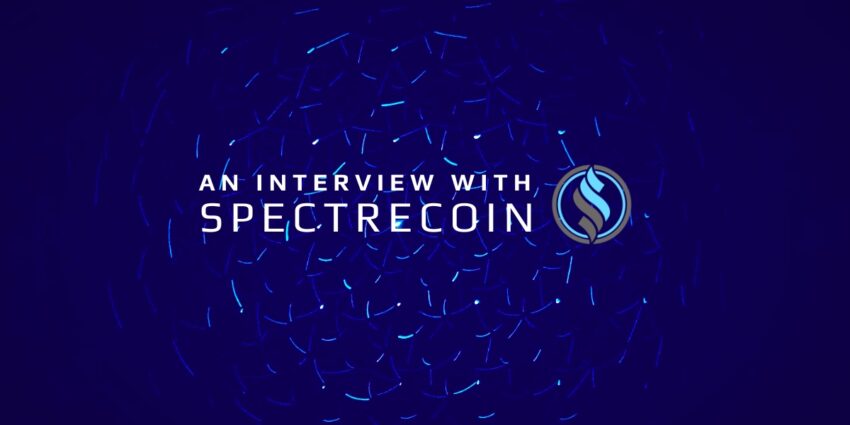 With a serious zerocoin flaw recently coming to light and impacting many popular privacy tech projects, I thought it pertinent to chat with Spectrecoin, which introduced a first-of-its-kind ring-signature-based stealth staking protocol last month. Please enjoy this follow-up interview with Mandica of Spectrecoin!

Spectrecoin recently innovated ring-signature-based “stealth staking.” What’s the need for this development and why is it important for Spectrecoin?

I just need to clear up a couple of things, first, then give you a very brief history or Proof-of-Stake which is maybe the best way to understand where Spectrecoin is today. This will also illustrate how Spectrecoin has taken this concept further and into the privacy domain.

Spectrecoin is built around a Bitcoin Core code base and is not a CryptoNote coin, but does use ring signatures.

Spectrecoin was similar to many other well-known coins out there, built around the Bitcoin Core code base and then adapted from Bitcoin’s Proof-of-Work (PoW) to Proof-of-Stake (PoS). This was first developed by Sunny King and Scott Nadal in 2012 and first implemented in Peercoin to solve the problem of Bitcoin mining’s massive energy needs. Proof-of-Stake is basically a deterministic algorithm that chooses a node from the network to write the next block in the block-chain. This is based on the number of coins held (the stake) and the ability of that node to produce a valid calculation (the kernel hash). To calculate the kernel hash, the algorithm uses the ‘coins’ held as part of the calculation and also values from the previous block in the chain.

The initial proof-of-stake system had some issues and the Blackcoin devs improved on this and created what has become known as PoSv3 that is used by most PoS coins in this linage.

The issue when developing a coin with a focus on privacy is that all the staking transactions are identical to any standard Bitcoin transaction and therefore public and traceable. Anyone can read the blockchain of a PoSv3 system and see what addresses are getting the stake rewards and hence the feature of many blockchain explorers of a so called ‘Rich List’ is also available. This is like everyone being able to look into your pockets and bank accounts and this is obviously not compatible with any notion of privacy.

Realizing that we could not claim to be a functional privacy coin using only PoSv3, we developed what we initially called “Stealth Staking,” but we later coined the term ‘Proof-of-Anonymous-Stake’ (PoAS) to adhere to the previous naming conventions of staking coins.

What challenges did Spectrecoin encounter during the course of the devlopment of PoAS?

The PoAS system presented some rather unique issues around the use of so-called ‘mixins’ in the ring-signatures of the staking transactions. A ring-signature has one “real” input that is mixed with dummy inputs that were called ‘mixins’ by Monero to hide the real sender. Since our anonymous transaction system is much like Monero, we have stuck with calling the dummy inputs ‘mixins’. One of the challenges were what we called the “All Spent” issue where certain unspent ‘mixins’ were depleted and this could cause staking transactions to potentially be analysed to identify the real input.

Another issue we faced was the sheer number of anonymous outputs on the blockchain that would cause potential processing issues. To solve these issues, we created new algorithms that will ensure a balanced supply of anonymous denominations and checks were implemented to ensure that only viable unspent ‘mixins’ are used in the ring-signatures. This is a rather complex area and we will issue a new white paper that will go into some more detail on this.

The concept is quite simple really. Instead of using the ‘public coins’ in the staking calculations and staking transactions, we developed new algorithms that use the ‘private coins’ in our blockchain (similar to Monero coins) and that use ring-signatures to stake. That means that the staking transactions cannot be linked and that the privacy of the ‘staker’ is protected. This also means that there is no rich list if users keep their Spectrecoin holding in ‘private coins’. If you are unfamiliar with Spectrecoin, we have two coins existing on the same blockchain. One coin is like Bitcoin (XSPEC) and the other is like Monero (SPECTRE).

This development means that Spectrecoin is the only proof-of-stake coin with an anonymous staking protocol.

A mobile platform is high on the agenda and there absolutely will be a mobile platform for Spectrecoin. Once the scheduled fork on 17th May is done and past, we will sit down and discuss mobile. It’s likely that we will then publish a new roadmap in the not too distant future. I will say that we are discussing different solutions, but will not compromise with privacy within any mobile platform.

In addition, the Spectrecoin Foundation was set up a couple of months ago as a UK registered not-for-profit company with the purpose of managing Spectrecoin development and funding. We have done this to ensure transparency, accountability, and to secure the long-term development goals we have for the project.

Given our unique tech, highly skilled team, ability to execute, and plans for future development, I would say that Spectrecoin is seriously undervalued.