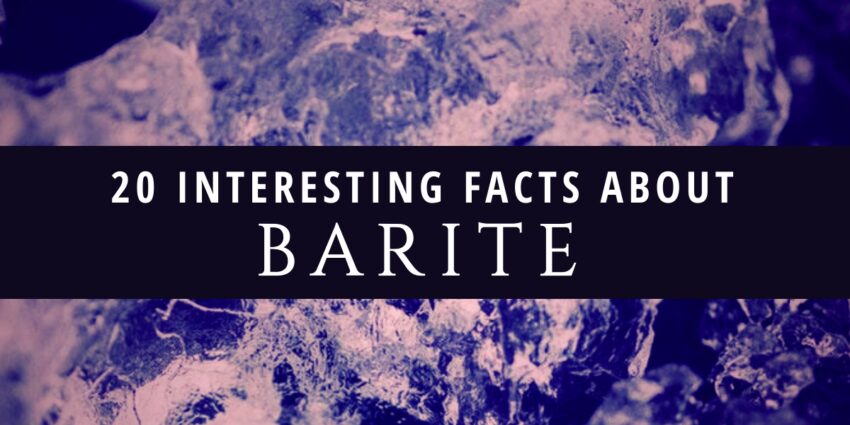 The largest identified global resources of barite are found in the Qinling and Jiangnan regions of southern China and the Cuddapah district of India. In 2018, China was the largest producer of barite, by a large margin, followed by India and then Morocco. Meanwhile, dramatically increased consumption of barite shows U.S. high-grade reserves being depleted.

Global dependence on a limited number of countries for specific mineral commodities such as barite has lead numerous nations to classify this mineral as a sovereignty-essential and critical commodity. Considering that most barite used by the United States is imported, it cannot be disputed that trade wars and geopolitical tensions could limit the ability of the U.S. to secure necessary barite resources in the future.

Beyond the basics above, what else should we know about barite? Check out the 20 interesting facts below!