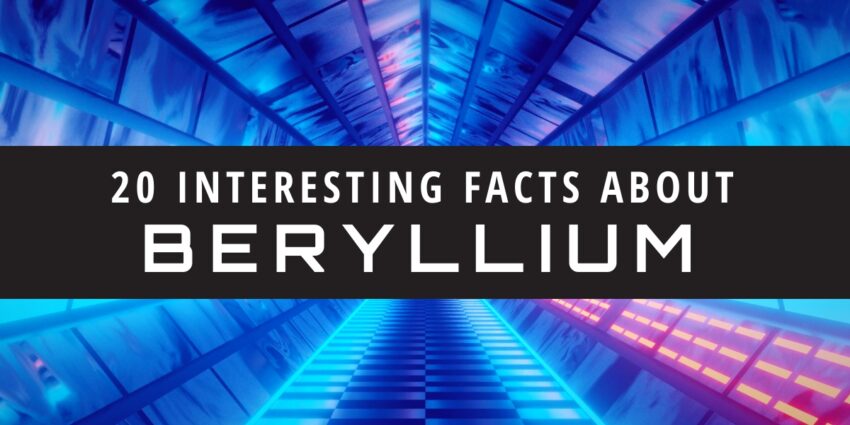 Beryllium, the lightest of the alkaline earth elements, has an atomic number of 4. As a consequence of its small ionic radius (about 0.27 angstroms), beryllium atoms bond strongly to other atoms forming compounds with great hardness and high melting temperatures. Uniquely strong and light, beryllium is indispensable for many important industrial products used in the aerospace, computer, defense, medical, nuclear, and telecommunications industries.

Beyond the basics above, what else should we know about beryllium? Check out the 20 interesting facts below! 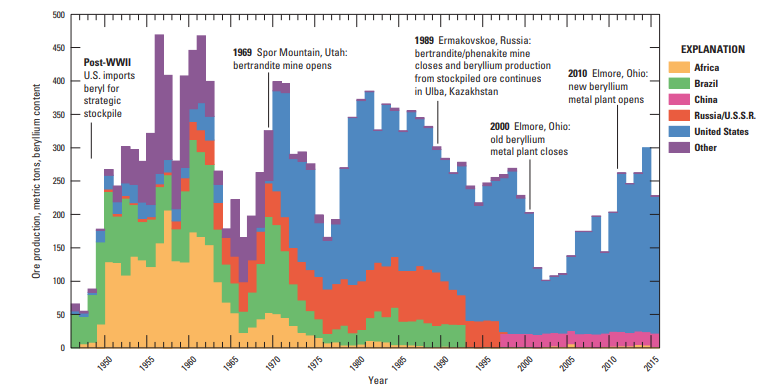