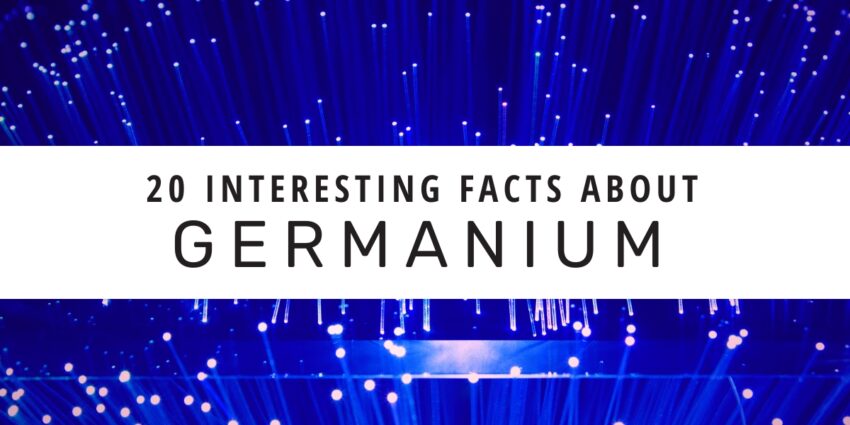 Germanium, the first element in the periodic table named after a country, has the chemical symbol Ge, the atomic number 32, and is a lustrous metalloid in the carbon group. Germanium is chemically similar to tin and silicon and has the same crystal structure as diamond. A rare, silver-colored semiconductor metal that is used in infrared technology, fiber optic cables, and solar cells, Germanium’s unique characteristics include its transparency to near-infrared electromagnetic radiation (at wavelengths between 1600-1800 nanometers), a high refractive index, and its low optical dispersion.

Beyond the basics above, what else should we know about germanium? Check out the 20 interesting facts below!