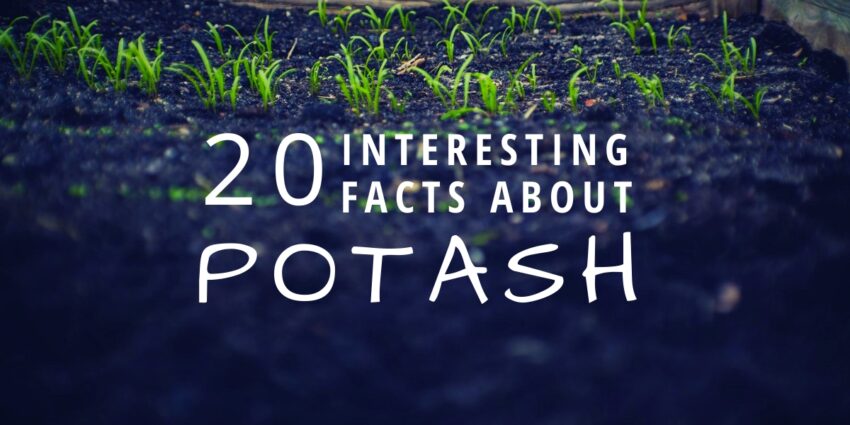 The term “potash” denotes a variety of mined and manufactured salts, all of which contain the element potassium in water-soluble form. No substitutes exist for potassium as an essential plant nutrient. Further, an expanding global population, changing diets, and decreasing amounts of arable land have increased the need for a constant supply of essential fertilizer minerals such as potash. It is very possible that political, economic, and global population pressures may limit the ability of some countries to secure potash resources in the future, causing many nations around the world to currently consider potash a Critical Resource Mineral (CRM).

Beyond the basics above, what else should we know about potash? Check out the 20 interesting facts below!