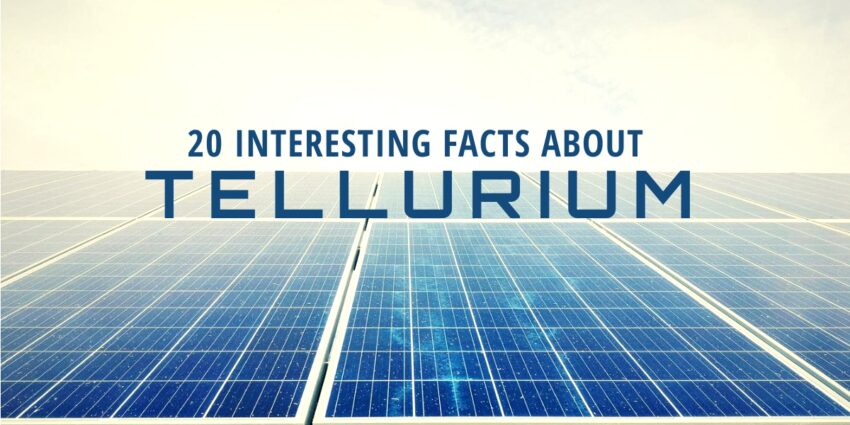 Tellurium is critical to efficient, thin-film photovoltaic cells that produce electricity from sunlight. Several materials can replace tellurium in most of its uses, but with losses in efficiency and product characteristics. With the shift to green-energy living, tellurium use is only expected to grow, and quickly.

The primary concern surrounding tellurium is supply. In fact, the U.S. Department of Energy has estimated that the demand for tellurium will cause supply deficiency by 2025. Considering that most of the tellurium used by the United States is imported, and that all tellurium production in the U.S. is from a single refinery in Texas, it cannot be disputed that trade wars and geopolitical tensions could limit the ability of the U.S. to secure necessary tellurium resources in the future.

Beyond the basics above, what else should we know about tellurium? Check out the 20 interesting facts below!