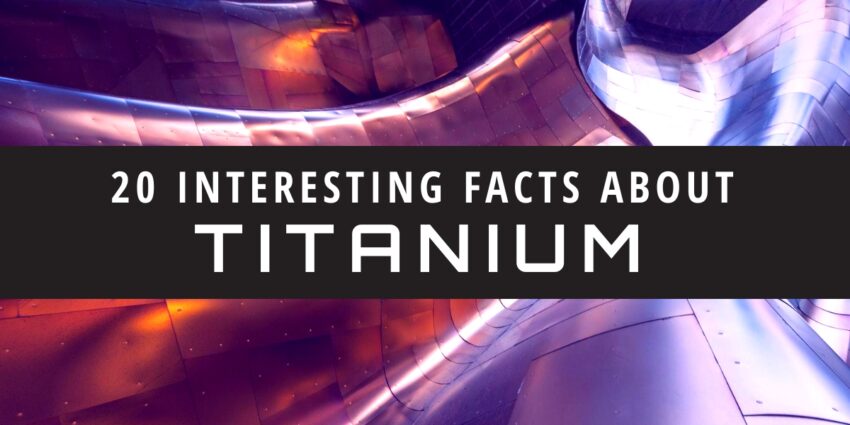 Titanium (Ti) is a strong, silver-gray metal that is highly resistant to corrosion and is chemically inert. Unlike most other metals, titanium is not a particularly good conductor of heat or electricity and is not very dense. Titanium is non-magnetic.

Because of the unique physical properties of titanium metal and the whiteness provided by TiO2, titanium is used around the world and has become essential to the smooth functioning of modern industrial economies. Titanium metal is an important strategic, critical material used widely in high-performance military and civilian aircraft in both engines and airframes.

Beyond the basics above, what else should we know about titanium? Check out the 20 interesting facts below!