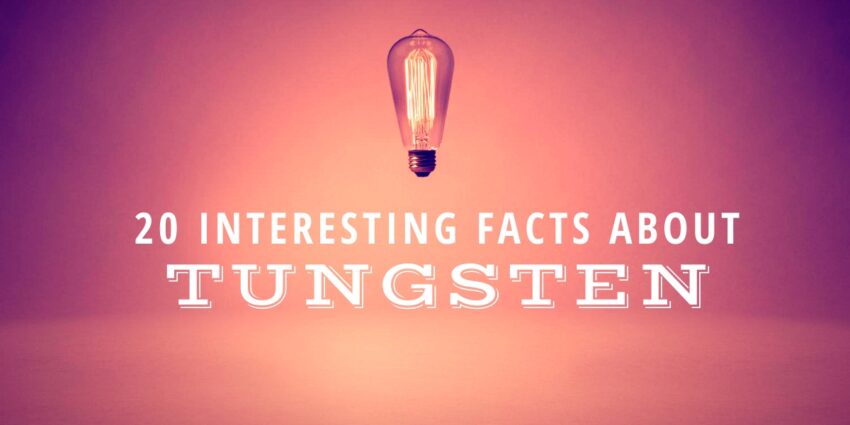 Tungsten is a very dense, corrosion-resistant metal that is almost impossible to melt. In fact, tungsten has the highest melting point of all metals. Tungsten exhibits other important physical properties as well, including good thermal and electrical conductivity, a low coefficient of expansion, and exceptional strength at elevated temperatures.

This amazing metal sees essential use in many applications, including but not limited to: armaments such as bullets and missiles, heat sinks, high-density applications such as counterweights, superalloys for turbine blades, tool steels used in saw blades and drill bits, electrical furnaces, spacecraft, metal evaporators, x-ray equipment, and making glass-to-metal seals. Tungsten chemical compounds are used in catalysts, inorganic pigments, and high-temperature lubricants.

Because of tungsten’s many desirable properties and important applications, and because tungsten is not found free in nature, industrialized countries around the world consider tungsten to be a Critical Resource Mineral essential for national sovereignty.

Beyond the basics above, what else should we know about tungsten? Check out the 20 interesting facts below! 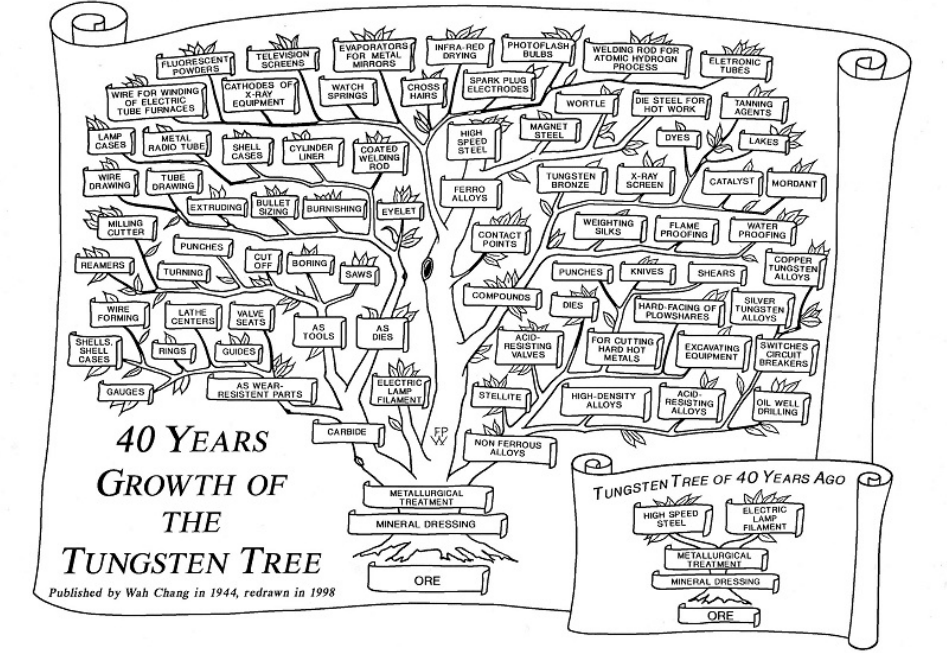 In 1944, K C Li, President of Wah Chang Corporation in the U.S., published a picture in the Engineering & Mining Journal entitled: “40 Years Growth of the Tungsten Tree (1904 – 1944)” illustrating the fast development of the various tungsten applications in the field of metallurgy and chemistry.