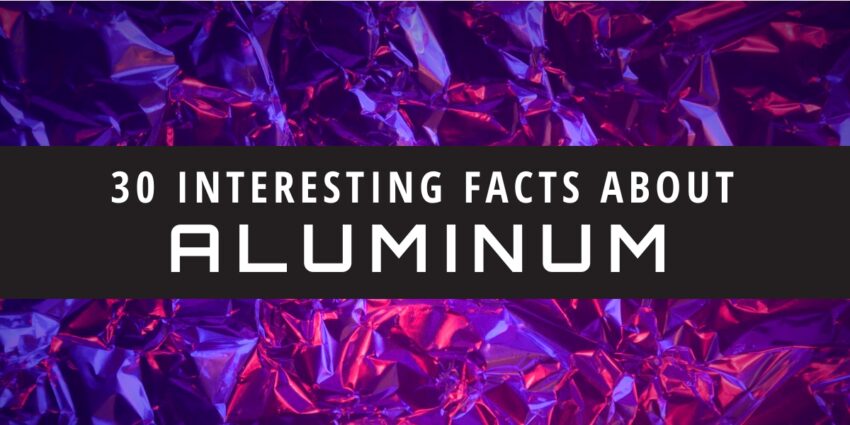 Aluminum is lightweight, strong, corrosion-resistant, infinitely recyclable, and an essential part of our daily life. Measured either in quantity or value, aluminum’s use exceeds that of any other metal except iron, and it is important in virtually all segments of the world economy.

Beyond the basics above, what else should we know about aluminum? Check out the 30 interesting facts below!