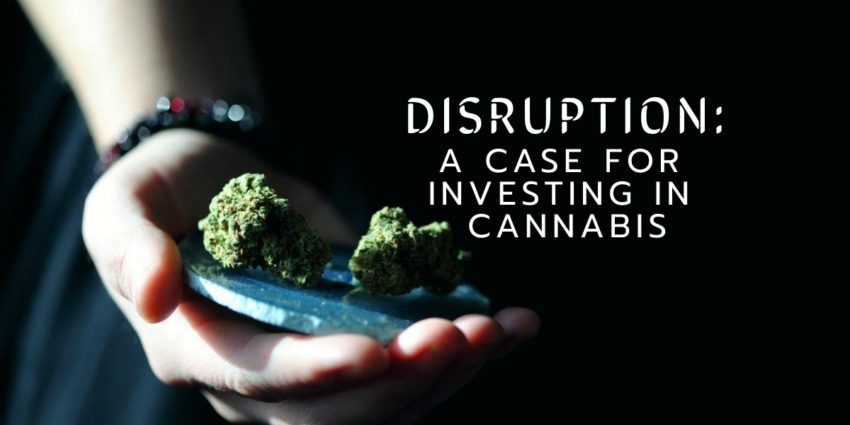 With global legalization of cannabis on the horizon, what can we expect from cannabis and it’s cousin, hemp? Are there enough industrial uses to make a case for investing in cannabis? Where will we find disruption? While lesser known uses for hemp include batteries, oil for lighting, chemical cleanup, and medicine (CBD), some estimate that the global market for hemp consists of more than 25,000 products in nine sub-markets, including:

In this author’s opinion, industrial hemp is most likely to disrupt in the construction materials and building supplies sub-sector, while medical grade cannabis-sativa will disrupt medicine and healthcare.

Hemp provides all sorts of good building materials. Building materials are one of the most exciting products that can be manufactured from cannabis, as it would allow for people living in areas with little resources to access things needed for construction:

Pharmaceuticals in general are among the leading causes of death in the US, and you don’t have to look far to find research confirming that cannabis is safer and less toxic than many prescription drugs. The fact that your body is replete with cannabinoid receptors, key to so many biological functions, is why there’s such enormous medical potential for cannabis. CBD may be the most potent and beneficial of the cannabinoids, particularly for tamping down an overactive immune system, as is the case with autoimmune disease. That said, there are literally dozens of cannabinoids whose properties we have only begun to research.

Some well-known medical uses for cannabis include:

Cannabinoids have also been shown to halt the proliferation or spread of cancer cells in a wide variety of cancer types. Unlike conventional chemotherapy treatments that work by creating a toxic environment in the body that frequently compromises overall health, cannabinoids have been shown to selectively target tumor cells. The direct anti-tumor and anti-proliferation activity of cannabinoids, specifically CB1 and CB2 agonists, has now been demonstrated in dozens of studies across a range of cancer types, including brain (gliomas), breast, liver, leukemic, melanoma, phaeochromocytoma, cervical, pituitary, prostate and bowel

Research published in 2009 found that the non-psychoactive cannabinoid cannabidiol (CBD) inhibits the invasion of both human cervical cancer and human lung cancer cells. By manipulating cannabidiol’s up-regulation of a tissue inhibitor, researchers may have revealed the mechanism of CBD’s tumor-fighting effect. A further in vivo study demonstrated “a significant inhibition” of lung cancer metastasis in mice treated with CBD.58 The mechanism of the anti-cancer activity of CBD and other cannabinoids has also been repeatedly demonstrated with breast cancers. At low levels, THC reduced the migration and invasion of cancer cells, while at high concentrations, THC triggered cell-death in tumors. In short, THC reduced the activity and number of cancer cells. This dose-dependent action of cannabinoids on tumors has also been demonstrated in animal studies.

Concrete requires coal… as we move into 4IR, renewables, and energy storage, will cannabis allow us to release ourselves of dependence on coal more quickly than forecast?  In the other case, were cannabis to cure cancer, we’d clearly have our disruption. Beyond that lofty goal, though, pain management seems a simple enough pharma-disruption mission.

Now, we’ll need to consider those companies working on innovation in case 1 or 2. Are there any publicly traded companies in which we can invest that are developing cannabis-based construction materials, or involved in this field in some way? Which biotech companies are developing cannabinoid-related medicines? Let’s look at our options next time.