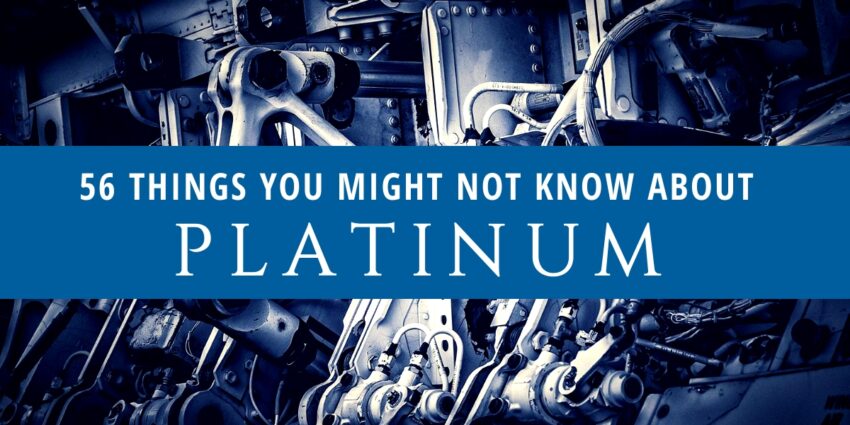 Platinum has a wide range of uses, including jewelry, catalytic converters, electrical contacts, pacemakers, drugs and magnets. But how much do you really know about this “noble metal?” Get ready for some serious Platinum DYK!

“Platinum has become a symbol for exclusivity in our time. The rarity of this precious metal has caused its name to be used in the identification of record setting musical albums, high limit credit cards, special DVD collections and other services or items that people wish to designate as being better than their counterparts. While the metal does not see the wide use that other precious metals, such as gold or silver, Platinum is a versatile metal that has come to be regarded highly in the global culture.” –Gold Traders