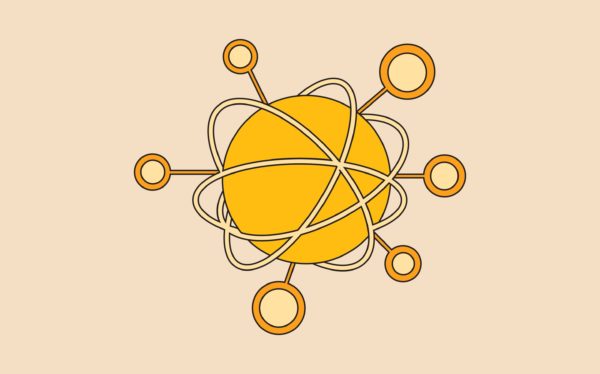 Why should you care? Because a new Industrial Revolution is THE massive catalyst for explosive copper demand. Tech innovation requires copper. Industrial disruption needs copper. War uses lots and lots of copper.

3 Reasons Why Copper Will Win:

Clean Coal: Another aspect of the “Trump Trade” is “Clean Coal,” which President Trump is a clear supporter of in stark contrast to the prior presidencies. Coal is the primary energy source chosen to power main copper mines and processes. Baked into the price of the miners is the expectation that climate change regulations may increase costs for coal, and therefore the miners. Although it remains to be seen, President Trump’s shift to increased spending on carbon-capture technologies may prove to a great boon for copper producers.

India: India provides a very compelling case for copper demand over the next five to ten years. “India is the next China.” India is forecast to register a massive increase in energy demand driven by an expanding urban population. According to the International Energy Agency, India’s power production needs are expected to rise by 15-20% annually, with a corresponding need for an investment of $1.25 trillion by 2030 in energy infrastructure. For this new infrastructure, India’s annual copper demand will need to double.

[2] Renewables are the “Future of Energy.”

Copper is essential to “clean tech” and a sustainable energy future. Once you go “green,” you have an explosion in copper demand. Approximately three times more copper is needed for an electric car than traditional gas guzzlers. Not only that, but there is an average of 3.6 tonnes of copper used for each MW of wind power capacity. That a LOT of copper!

Renewable energy sources provide something like 25% of the world’s power. Will that amount increase? Many think so, and copper stands to gain big time if it does. Solar, wind, geothermal, and hydro power don’t exist without copper. On the other side of the fence are those that say a Trump presidency is bad for renewable energy. In that case, copper still wins. Under President Trump, if we’re not spending on renewable energy, we’re spending on traditional energy, which still requires huge amounts of copper.

Regardless, due to copper’s reliability, conductivity, durability, and sustainability, its role in grid storage applications is only just now entering a new phase of importance. Is seems obvious to me that any way you cut it, the best “energy metal” investment isn’t lithium… It’s copper for the win.

[3] Demand for wearables and electronics.

From power grids to iphones, copper is indispensable to modern society. The single largest use of copper is in electronics, and it’s obvious that global demand for electronics goods will continue to grow. Although copper’s use in electronics is well understood, it doesn’t seem that analysts are considering the impact the “Rise of Wearables” will have on copper demand. Wearables are a Fourth Industrial Revolution disruptive trend that may one day render the modern day PC, laptop, tablet, and smartphone obsolete, making Internet connectivity simply a matter of getting dressed.

Virtual and Augmented Reality: It is estimated that 411 million smart wearable devices, worth a staggering $34 billion, will be sold in 2020. Wearables are essential to the success of the Internet of Things (IOT) and “smart cities,” where data equals power. We simply cannot live without our toys. Jesting aside, the case for wearables goes WAY beyond Fitbit and the Apple Watch. The wearables market also includes VR and augmented reality headsets. With VR set to boom over the next five years, copper seems like a safe bet yet again. I’m not sure who will win the virtual reality race, but what I DO know is that they’re going to need lots of copper.

“While VR will be dominated by gaming and entertainment, expect to see a lot more enterprise computing solutions using holographic mixed reality (MR) headsets like the HoloLens, Meta, or Magic Leap. While on one hand, wearables will help us learn more about our bodies and be inward looking, smart holographic headsets will let us explore and interact with the outside world and the universe like never before,” -Aditya Kaul, Tractica Research Director

“Internet of the Body” (IOB): Another big area of growth for copper… I mean wearables… is clothing. For instance, manufacturers are working on smart buttons that could change the color of a fabric when pushed or buttons and fabric that could measure UV exposure in sports equipment. “Expect to see more of a body mesh network emerge, which could be termed as the ‘Internet of the Body’ or ‘IoB’. One crucial part of this will be the seamless integration of sensors into clothing, footwear, watches, and other accessories.” -Kaul

Applications for wearables are limited only by one’s imagination. Therefore, demand for copper could be more than seriously underestimated. Look for totally different products to emerge and markets to open, such as wearables and toys for pets that serve as activity and biometrics trackers. There are other wearables coming that extend the capabilities of the smartphone or allow for social interaction, like a ring that lights up when a loved one taps the other half of the matching pair.

Of course, our internet infrastructure is a very serious limitation to the growth of IOT, IOB, wearables, and virtual reality. Every tweet has a carbon foot-print, data centers use tons of energy, and the “cloud” isn’t really unlimited. 5G Internet is coming soon, and it’s going to be a copper MONSTER.

For those interested in adding copper to their commodities portfolio, my recommendation is to start with the miners rather than physical assets or futures. In this way, investing in commodities mining companies not only fulfills your portfolio diversification requirements for infrastructure materials stocks, but also emerging markets and emerging markets currencies (in which the miners operate).

Diversification is available in the form of ETFs such as $COPX and multi-metals ETFs $PICK and $XME. That said, I prefer investing in individual companies via DCA in the quest for Alpha and to enhance dividend yield. When investing in commodities producers, learn to love volatility… it can often provide the best opportunities for capital appreciation. So long as you put the risk in it’s place (in your portfolio), you should be able to sleep well at night.