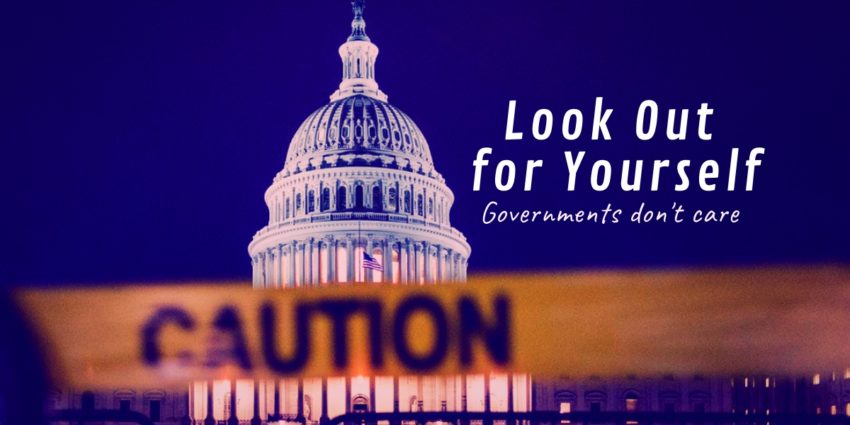 “Mathematics has been used in economic theory in an exaggerated manner; it’s use has not been highly successful. Mathematical economics has not achieved very much. The underlying vagueness and ignorance has not been dispelled by the inadequate and inappropriate use of a powerful instrument that is very difficult to handle” – John von Neumann & Oskar Morgenstern, ‘Theory of Games and Economic Behavior‘, pp. 3-5, Princeton Press

Amazingly, ‘Theory of Games and Economic Behavior‘ was first printed in 1944! Not being familiar with the paper, one would certainly assume von Neumann and Morgenstern were speaking of central banks’ policies of quantitative easing over the last decade. Truly, control of money printing and interest rates gives governments unlimited power to manipulate the financial futures of the 99%, but has resulted in hyperinflation for many countries and inflated asset prices for the United States.

Also from von Neumann and Morgenstern, ” … the standard of modesty should be applied to economics … impatience merely delays progress.” But maybe it’s too late?

Look out for yourself – Governments don’t care

Stocks, bonds, commodities, real estate, buybacks, currencies … assets have become debt driven, inflated, and speculative. “There is scarcely anything that drags a person down like debt. It is a slavish position…” – P.T. Barnum

When investors are risk-averse (which we read from divergent internals) even aggressive, persistent Fed easing is useless, which is what happened during the entire 00-02 & 07-09 collapses. Whatever action the Fed takes next, it will be essential to respond directly to internals. pic.twitter.com/YGy1a8yYDL

Governments know gold protects their power and status from self-induced weak-money policies, and countries such as China, Russia, and the UAE seek to de-dollarize. In fact, Russia looks as if it could be working towards a gold-backed currency in the near future.

Why would central banks be buying all these tons of pet rocks pic.twitter.com/10ECGh4e0J

“Ever since Beijing allowed private Chinese companies (even certain state-owned enterprises) to officially fail for the first time in 2016, and file for bankruptcy to restructure their unsustainable debt loads, it’s been a one-way street of corporate bankruptcies, which culminated with a record number of Chinese onshore bond defaults in 2018 as a liquidity crunch sparked 119.6 billion yuan in defaults on local Chinese debt in 2018… when the next downturn does hit, the resulting debt crisis will be unlike anything ever seen.” – Zero Hedge

And a housing market that continues to collapse …

But this story will go largely unknown, because stocks are at all time-highs, unemployment is at all-time lows, and we’ve got “the greatest economy ever.”

People start to realize that the 1% don’t care about them, and never did …

“It’s simply not right that aristocrats, whose families have owned the same areas of land for centuries, and large corporations exercise more influence over local neighbourhoods – in both urban and rural areas – than the people who live there. Land is a source of wealth, it impacts on house prices, it is a source of food and it can provide enjoyment for millions of people. A few thousand dukes, baronets and country squires own far more land than all of middle England put together.” – Guy Shrubsole

”We have this idea that the class structures have changed so that the aristocracy is not as important as it used to be. What this demonstrates is the continuing importance of the aristocracy in terms of wealth and power in our society.” – Carys Roberts

"Half Of #England Is Owned By 1% Of The Population"https://t.co/vdNWaA9ceH

"aristocrats, whose families have owned the same areas of land for centuries, and corporations, exercise more influence over neighbourhoods than the people who live there"#economy #wealth #realestate pic.twitter.com/MflNjZuust

The U.S. Dollar will continue to lose purchasing power as unbacked bills are airdropped beyond demand. With a debt-to-GDP ratio near 105%, the “full-faith-and-credit” of the U.S. is quickly becoming a worthless promise.

Worried about historically high stock valuations? Not sure how to prepare for hyperinflation? Proper risk management and portfolio diversification are not difficult to achieve. What is Investment Diversification? introduces the concept of diversification, defines the importance of risk management, identifies investable asset classes, and then digs into each asset class in depth. Get the book – click on the image below to find out more!