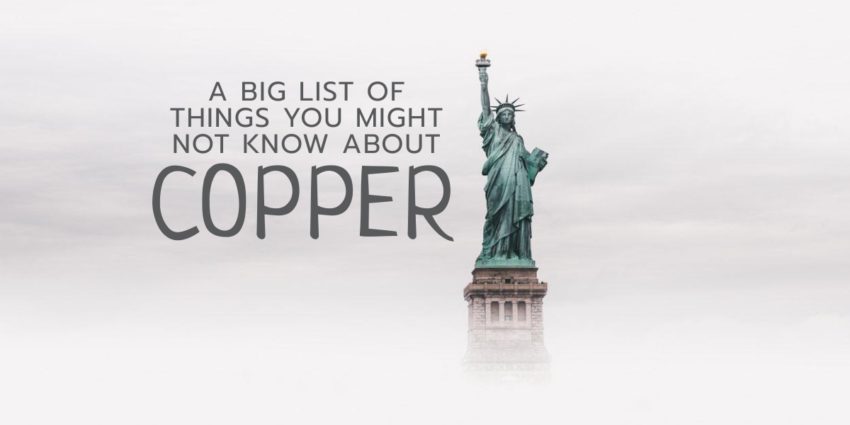 Think solar energy and electric cars are the future? Or maybe not? Maybe coal, oil, and traditional infrastructure are the future and the renewable energy push is just hype? Either way… We’re gonna need a LOT of copper. Copper is historic, copper is adaptive, and copper is essential to the growth of civilization. Basically, copper is super cool.

Check out this giant list for all sorts of interesting facts about copper!