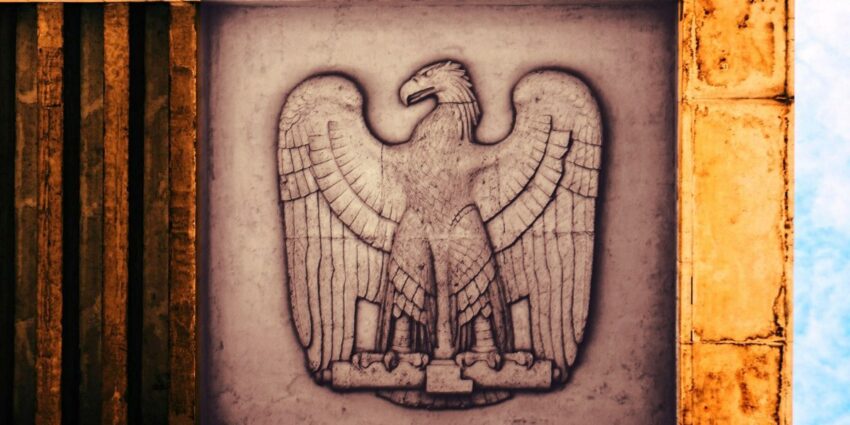 There was a time when U.S. politicians did just this. They had not only the maximization of national income in mind, but social and moral objectives, as well. They studied, worked together to move the country forward, and developed an America greater than Adam Smith ever saw possible. Ben Franklin, Samuel Adams, Thomas Jefferson, James Madison, Alexander Hamilton, and George Washington all studied The Wealth Of Nations.

Perhaps if we studied The Wealth Of Nations as did our Founding Fathers, we would better understand not only how far off-track our country has become, but also what success looks like. For many, “success” comes down to personal freedom. The words of F.A. Hayek come to mind:

“Governments have a strong interest in persuading the public that the right to issue money belongs exclusively to them, and the monopoly of money has buttressed government power. It is perhaps significant that Adam Smith does not mention the control of the issue of money among the ‘only three duties [which] according to the system of natural liberty, the sovereign has to attend to’.”

Have we really forgotten what powers we’ve given to government? Do we even care?

The Sovereign Has Failed

In The Wealth Of Nations, Adam Smith defines the duties of the sovereign as threefold:

Reality check: We live in a United States where shootings are commonplace. We have a military whose purpose isn’t to protect civilians, but rather to protect political positions. Our police force is under-trained. Our country is powered by manipulation of law, abuse of power, and the oppression of the 99%. Our teachers are underpaid, U.S. global education rankings have been in decline for years even as education costs have risen to personal bankruptcy-inducing levels, and our government now holds more than $1.52 TRILLION in student debt … debt which takes students from ten to thirty years to pay off. The “wealth of nations?” What national wealth is there when the U.S. is $22,562,108,800,800 in debt as of the writing of this post? Want to have nightmares – just watch the U.S. Debt Clock in real time. Clearly, social and moral objectives have left the building.

“The establishment of perfect justice, or perfect liberty, and of perfect equality, is the very simple secret which most effectually secures the highest degree of prosperity to all classes.” – Adam Smith, The Wealth Of Nations, pg. 851, Bantam, 2003

A very simple secret, indeed. If we agree that the duties of the sovereign as defined by Adam Smith must be attended to, then there can be no doubt – the sovereign has failed.

In contrast to his typical laissez faire approach, Adam Smith was quite tolerant of government intervention when the goal was to reduce poverty. In fact, “Smith supported universal government-financed education – not for reasons of efficiency or redistribution, but because he believed the division of labor destined people to perform monotonous, mind-numbing tasks that eroded their intelligence” (Krueger, 2003). Not only that, but Smith saw the protection of its citizens from corporate monopolies as an essential function of government.

“Smith worried incessantly that giant corporations would come to dominate particular industries and, led by self-interest, use their influence with government to unfairly thwart their competitors and suppress the wages of their workers. He saw a tacit conspiracy on the part of employers ‘always and everywhere’ to keep wages as low as possible.” – Krueger

What happened to us? How could this reality have been so clearly laid out before us, and still have come to pass? Adam Smith foresaw these possibilities and our Founding Father’s left us as a sovereign people. Not only has our government failed, but we as a society have failed, as well. We stopped demanding more, we stopped asking questions, and we allowed our future to be absorbed by the corporate and political elite.

“… the inequality of fortunes went on continually increasing. The greater part of the citizens had no land, and without it the manners and customs of those times rendered it difficult for a freeman to maintain his independence … even the retail trade were carried on by the slaves of the rich for the benefit of their masters, whose wealth, authority, and protection made it difficult for a poor freeman to maintain the competition against them. The citizens, therefore, who had no land had scarce any other means of subsistence but the bounties of the candidates at the annual elections.” – Adam Smith, The Wealth Of Nations, pgs. 705-706, Bantam, 2003

Here, Smith is speaking of the fall of the Rome. Not due to barbarian invasions and over-expansion, but due to economic monopolies and an ever-increasing disparity between the haves and the have-nots. Fast forward two-thousand years, and the passage above could just as easily be speaking of us right now.

We’re all slaves until we wake up. We are not a free people, and if we’re wondering what the future looks like on this current course we needn’t look any further than ancient Rome.

What Is The Wealth Of Nations?

America was founded in 1776 when its citizens declared their independence from the Kingdom of Great Britain. That same year Adam Smith published The Wealth Of Nations and wrote, “The Americans would not be oppressed” (pg. 793, Bantam, 2003).

What is the “wealth of nations?” If you ask this author, it’s the people of the nation. It’s the people that make change, not the government. If history has shown anything, it’s that governments are but moments in time. Government is a choice.

The rest of this post is dedicated not to this author’s opinion, but to the words of Adam Smith. I’ve extracted bits that I believe will provide a sort of T.L.D.R. for The Wealth Of Nations with the goal of shedding light on what we were, and maybe even what we could become. What makes The Wealth Of Nations so impactful is that Smith blends economics with the social sciences. For example, while Adam Smith viewed competition as economically efficient, he also recognized that human judgement was not infallible. As a result, The Wealth Of Nations is an evergreen guide for sovereign nations, immensely relevant even in today’s geopolitical chaos.

I hope you leave this post with more questions than answers. As always, do your own research and enjoy the learning.