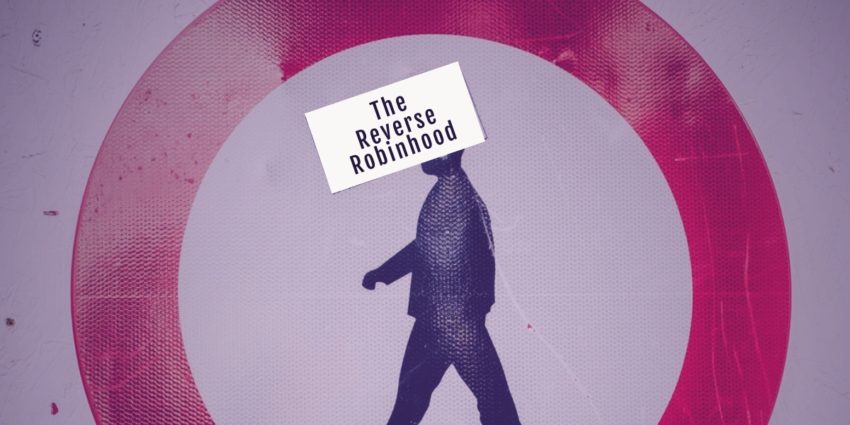 “What you need to understand is that between 2016 and the middle of 2018 the world’s central banks opened up the floodgates here and poured the most amount of money into the system since the Global Financial Crisis began back in 2008. This represents, by far, the largest stimulus of the entire misbegotten Quantitative Easing experiment that began after the GFC – printing money from thin-air to jam into the financial markets.” – Zero Hedge 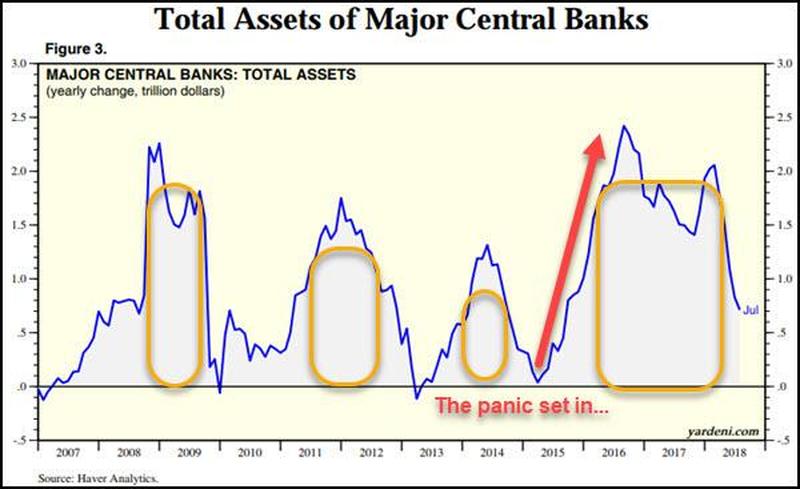 But corporations didn’t invest in more technology, equipment, or people …

“This is a chart of S&P 500 buybacks per share (in blue) imposed over the ratio of S&P 500 earnings-to-sales in green. You’ll see that share buybacks spike after profit margins spike. You’ll see that share buybacks spike before and during recessions. Stock buybacks are what you DO with the excess earnings you’ve made from financialization. Why? Because stock buybacks are part and parcel of the financialization Zeitgeist. They’re part and parcel of the tax-advantaged issuance of stock to management, which is then converted into tax-advantaged income for management through stock buybacks.” – Epsilon Theory

“In a system now as heavily financialized as ours is, the benefits of such extreme stimulus efforts accrue exponentially to those who own and control financial assets — those at very tippy-top of the wealth/income distribution. It’s amazing to see how not only does the top 1% dramatically outpace the bottom 99%, but the top 0.1% leaves the top 1% in the dust. Same for the top 0.01% vs the 0.1%. And the top 0.001%? They’re in a stratosphere all their own. The developed world is quickly becoming an oligarchy. And more central bank printing only exacerbates that dynamic.”

“Money printing is a political act of wealth redistribution from the bottom to the top. It’s unfair and socially destabilizing. Even if they can’t yet see the true culprit here, the masses are beginning to wake up to how badly screwed they’re getting.” – Zero Hedge 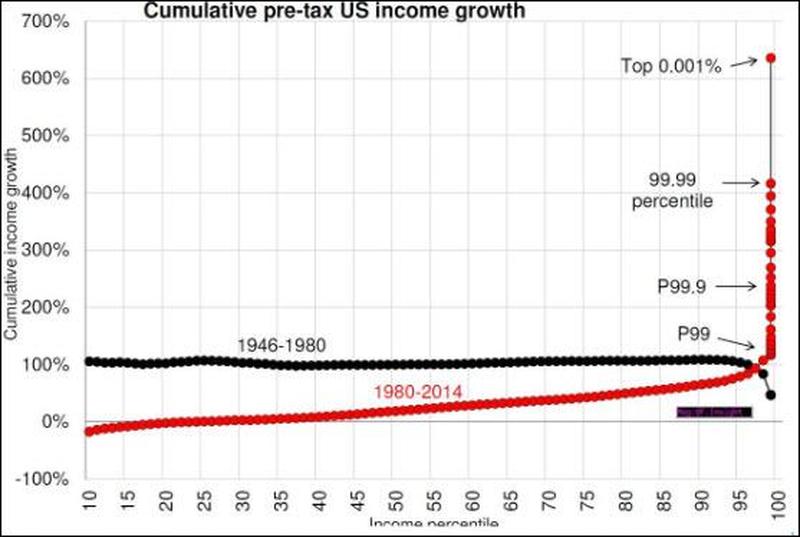 What else could go wrong with stocks at a valuation higher than in 1929?

“The current cyclically adjusted price to earnings ratio for the S&P 500 is at 30.62.  That’s nearly double its average going back to the late-19th century.  And for the first time in three years, corporate quarterly earnings for the S&P 500 are forecast to fall.  Hence, the gap between price and earnings will be stretched out even further. Clearly, U.S. stock markets have been rigged by the Federal Reserve.  But the popular delusion of many of today’s stock buyers is that risk has been eliminated, and that the Fed can propel stocks higher forever.

Conditions today mirror 2016, when growing weakness in the global economy and wobbling financial markets caused the world’s central banks to absolutely freak out. Our concern is that the monetary and fiscal authorities are thinking that since they were ‘successful’ back in 2016, they can repeat the same strategy here in 2019. But can they? Maybe. Or maybe not. If the answer is ‘yes,’ our prediction is a vastly wider wealth gap between the 1% and everyone else, accelerated destruction of savers and the middle classes, and anemic GDP growth coupled with explosive further growth of global debt levels. If the answer is ‘no,’ a massive crash of epic proportions, unlike any most of us have ever experienced, is in store.” – Zero Hedge