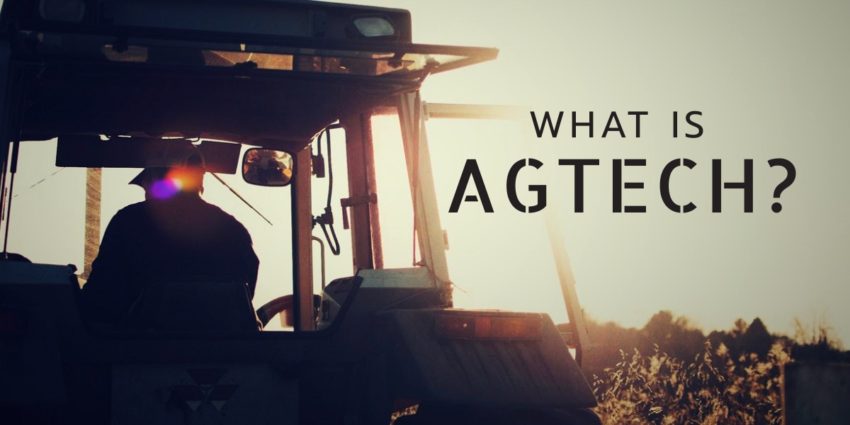 With global food security, water scarcity, and climate change as major geopolitical issues, Agtech offers hope… Labor automation, bio engineering and climate extremes are now part of a day’s work in modern agriculture, putting the $177 billion U.S. food industry on the front lines of much bigger conversations about the future of work, the ethical boundaries of technology and adaptation to climate change.

Advances from the mechanization in the 1920s and the Green Revolution from 1940-1960 have largely been exhausted. Rates of yield increases for major crops have been trending negatively on a 10-year curve at the very time that global forces of population growth, prosperity, and globalization are putting basic supply-and-demand pressure on our agriculture system. In 2013 there was a shift and AgTech grew 75 percent to reach $860 million across 119 deals. The momentum shift leading up to the phase-transition 2013 can be traced to a confluence of three underlying trends:

Inexpensive and infinitely configurable mobile devices (enabled by advances in wireless and energy storage) have liberated technology from the office desktop. At the same time, inexpensive but sophisticated hardware sensors have emerged to automate the collection of massive data sets. With these technology shifts, exciting technologies like drones, AI, satellite mapping, robotics, and the Internet of Things, have quickly realized that the agriculture value chain provides fertile first market opportunities for many technologies that are not advanced enough or have not yet found solutions in the consumer space. Many investors looking at these technologies are going to need to get smart on agriculture if they’re going to make informed investment decisions.

According to AgFunder News data, agriculture has a long value chain and the sector is often described as being more horizontal than vertical 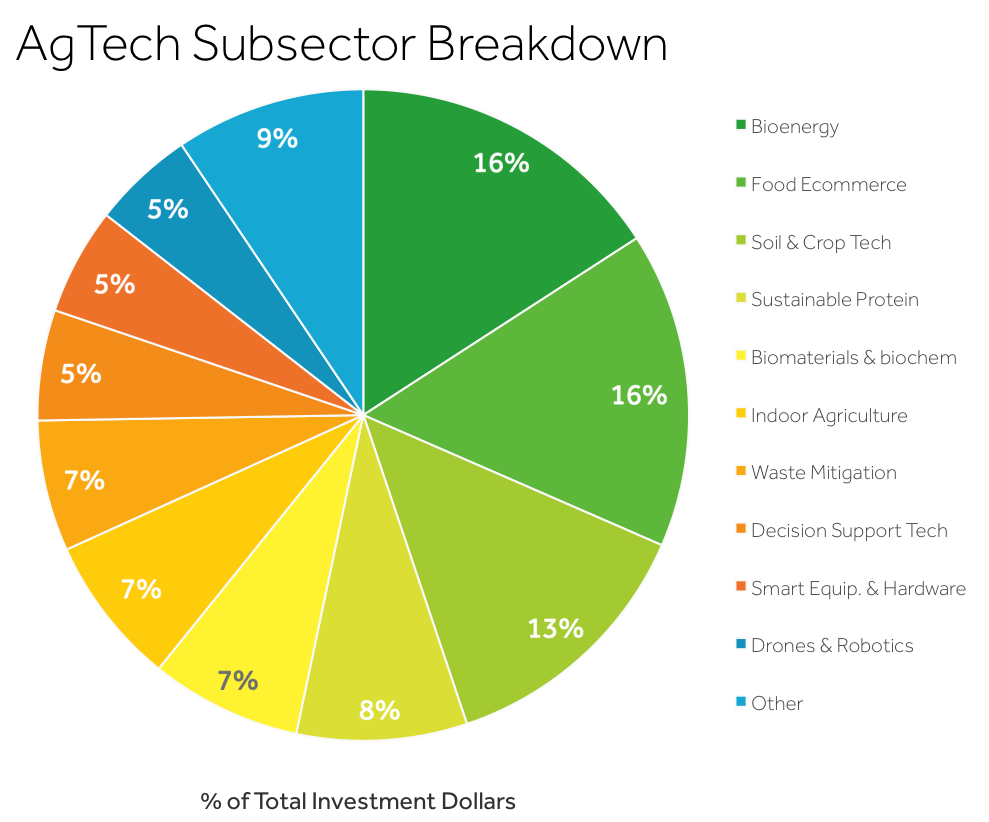