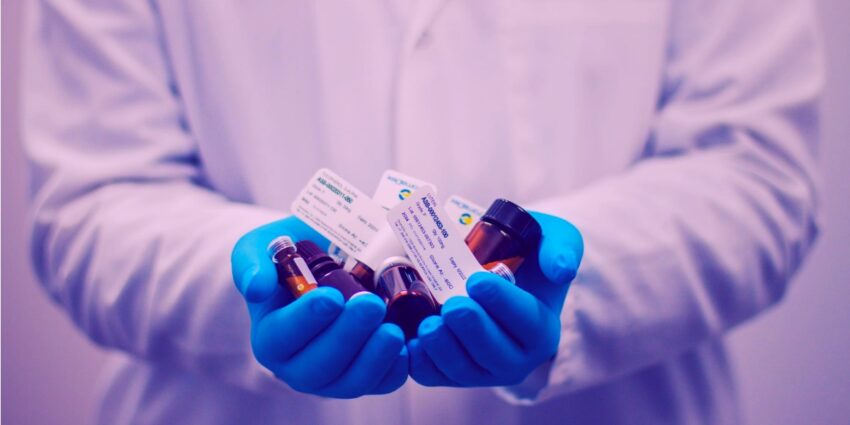 Thanks to Bitcoin, the term “blockchain” debuted on the tech innovation scene in 2009. As Bitcoin awareness grew, so did the awareness of this next generation technology. Now – more than ten years later – has blockchain grown beyond buzzword status?

Blockchain technology implementation exists at varying levels in different industries. To narrow the discussion, let’s look at the U.S. healthcare industry. Healthcare was a natural fit for blockchain solutions based on patient needs, market size, and the possibility to generate sizable profit. So, how well has that promise played out?

Blockchain saves lives! When comparing blockchain technology applications, none are more human than those related to healthcare. Especially when considering the healthcare system’s disastrous level of medical errors – the third leading cause of death in the US.

“Poor record management leads to patents not having proper medical records when referred to different specialists and/or other doctors. To make this problem even more complex, the industry is confronted by very strict healthcare privacy laws.” Duality Blockchain Solutions

Blockchain technology is a natural fit for medical record tracking, pharmaceutical tracking, and an enhanced patient experience in a fragmented industry.

The healthcare industry might hold blockchain’s killer app. Electronic health records (EHRs) are crucial for positive patient outcomes, but are crippled by imperfect database systems, fragmented healthcare providers, and the reliance on antiquated technology such as the fax machine. Blockchain technology answers these issues, in theory, at least.

“A single, national blockchain-based approach would allow patients to become the owners of their data.” Robert Pearl, M.D.

The opportunity is enticing due to the scale of the solutions and inherent mass adoption if picked up by the right networks.

Medical data protection is complicated, regulated, and evolving. In addition, the fragmented healthcare industry has little technological consistency from one practice or hospital to another.  Bridging the gap between the multitude of healthcare practitioners and facilities is no small task.

“Smaller health systems and hospitals are falling behind as budget constraints and a lack of qualified talent hinder progress.” College of Healthcare Information Management Executives

The emergence of HIPAA (Health Insurance Portability and Accountability Act) regulations in an industry that suffers from  inconsistent technology adoption has produced some complex problems. Daniel Gutierrez condensed the realities of healthcare data privacy into three points:

Surely, these data privacy realities aren’t too much for blockchain to handle. However, the problem may lie in the traditionally slow pace of technology adoption in healthcare.

“At the typical pace innovation matures in healthcare, blockchain may never matter.” Venrock

There are many healthcare related ICOs, tokens and loyalty programs, but what about using blockchain to save lives? A dive into healthcare focused blockchain projects yielded over 40 startups including examples such as Dentacoin and Medicalchain.

“From multi-organization collaborations to single-hospital pilots, this year has seen its fair share of experimental blockchain initiatives.” Dave Muoio

Various alliances have been announced, including those with powerhouse healthcare brands Aetna, Ascension, Humana, MultiPlan, Quest Diagnostics, Optum and United Healthcare. The Mayo Clinic signed a working agreement with Medicalchain, stating that “there’s a lot of opportunity out there, and we feel this working agreement will be of benefit to all healthcare stakeholders.”

In the face of all this posturing and partnering, what progress has been made with respect to medical error related deaths?

Big players are laying the foundation for blockchain’s future in healthcare. Infrastructure building is occurring, but small/medium sized practices and hospitals continue to fall behind when it comes to adopting new technology. Recent announcements prove that blockchain is more than a buzzword. IBM, KPMG, Merck and Walmart were selected by the FDA to evaluate the use of blockchain for identifying, tracking and tracing prescription drugs. Walmart was also the latest company to join the MediLedge consortium, a collaborative working to build a blockchain that will be designed to track and verify prescription drugs. These major partnerships should speed progress toward mass data collection and standardization.

Now that we know big brands believe blockchain has a future in healthcare, what are the characteristics of blockchain projects that will gain traction? Simply look to the American Medical Association to answer this question. The AMA released the following EHR usability principles, which seem to speak directly to blockchain’s strengths:

The AMA EHR usability principles highlight the importance of building systems that solve relevant problems and are embraced by the user.

Scalable, customizable and approachable. Blockchain-as-a-Service (BaaS) seems a natural fit for the fragmented healthcare industry, with solutions that can be adapted to a variety of systems and that integrate with large blockchain initiative databases. BaaS offers scalability, allowing small cash-pay physicians and large hospitals to embrace blockchain technology.

One such project, Duality Blockchain Solutions, has developed a customizable set of decentralized applications with a focus on healthcare data security and accessibility. Duality developed two blockchains, one of which named is named Dynamic and is used to create the dApps that utilize DYN tokens as the fuel. These applications include NoID, which connects a secure, irreversible biometric hash algorithm to healthcare records. In a recent chat with the Duality team, they emphasized “the need to accurately identify patients across disparate healthcare environments” as an immediate blockchain use case. Accordingly, the project leverages its BDAP protocol to provide other solutions such as pConsult and pShare.

Can blockchain actually save lives?

The real question is: Will the healthcare industry embrace blockchain technology? Movements by top brands indicate that the big data infrastructure needed to bring the industry together is on its way. Now, the race is on for the killer app.

Disclaimer: The author works with Duality Solutions, providing social media marketing support. Nothing in this article should be considered financial advice.

Data Privacy and Blockchain in the Age of IoT Daniel Gutierrez, Inside Big Data

Will Blockchain Ever Really Matter in Healthcare? Todd Winey, Healthcare IT Today