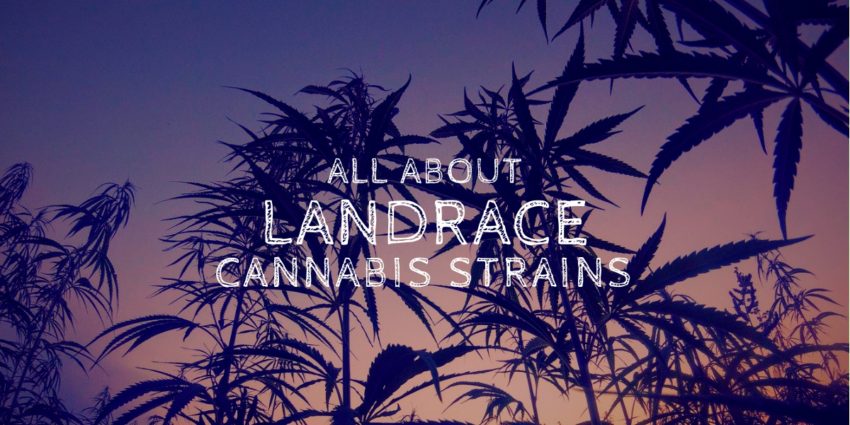 What are landrace cannabis strains?

A landrace plant species is a one with historical origin, distinct identity, genetic diversity, is locally adapted, and lacks formal crop improvement. In 1975, J.R. Harlan proposed the following definition of the term “landrace” as used in botany:

“Landrace populations are often highly variable in appearance, but they are each identifiable morphologically and have a certain genetic integrity. Farmers usually give them local names. A landrace has particular properties or characteristics. Some are considered early maturing and some late. Each has a reputation for adaptation to particular soil types according to the traditional peasant soil classifications, e.g. heavy or light, warm or cold, dry or wet, strong or weak. They also may be classified according to expected usage; among cereals, different landraces are used for flour, for porridge, for ‘bulgur’, and for malt to make beer, etc. All components of the [plant] population are adapted to local climatic conditions, cultural practices, and disease and pests. But most important, they are genetically diverse. They are balanced populations – variable, in equilibrium with both environment and pathogens and genetically dynamic”.

General features that characterize a landrace may include:

Landrace cannabis strains are those that have developed in their indigenous environment over centuries and are considered pure or original sources of the plant not cross-contaminated by other breeds. These strains are believed to have originated in Hindu Kush and Pakistan, then eventually spreading to Asia, Africa, Jamaica, South America and Russia. In general, landrace cannabis strains are amazingly consistent within strain, either 100% Indica or 100% Sativa, unique in flavor, smell, and effects and distinct in plant characteristics.

Maintaining seed and strain genetics is vital for the sustainability and longevity of landrace cannabis strains, and there is a movement to preserve these genetics from breeders and their endless crosses of crosses, “Frankenstein Strains” that dilute genetics. Of course, with climate change on the increase, many landrace cannabis strains are in danger of going extinct at the same time that biodiversity is diminishing at an unprecedented rate at the ecosystem, species, and genetic levels.

Where did landrace cannabis strains originate?

There are four major geographic areas credited in the cannabis origin story. These include Asia, Africa, the Middle East, and Latin America.

Asian landrace strains are primarily huge-growing sativas. While several famous strains originated in this region, arguably the most popular is the Thai landrace. This strain was found in the southernmost part of India, Nepal, Cambodia, Thailand, Laos, and Vietnam, and has historic importance as the cannabis of choice for soldiers during the Vietnam War and for breeders seeking to add potent and unique genetics to their programs. Landrace strains native to Central and Southeast Asia include Aceh, Thai, Cambodian, Nepalese, Chocolate Thai, Luang Prabang, and Altai (South-Central Russia/Mongolia).

The landrace cannabis strains of this area are located around the Hindu Kush mountains, on the border of Afghanistan, Pakistan, northernmost India, and Tajikistan. These landrace strains are famously durable, 100% Indica, and known for their legendary kief and hash production. Because of these traits, strains of the Middle East have been used as the cornerstone of many cannabis breeding programs around the world. Landrace Indica strains finding their origin in the Middle East include Hindu Kush, Afghani, Lashkar Gah, Mazar I Sharif, Pakistani Chitral Kush, Mag Landrace, Pakistan Valley Kush, and Pure Afghan.

Landrace strains of Central and South America have been used for years in breeding programs for their energizing highs, extreme thc content, and durability in a variety of weather conditions. These strains are pure Sativas and include some of the most famous names in cannabis, especially if we consider the F1 hybrids bred from the genetics represented. The landrace Sativa strains native to Central and South America include Punto Rojo, Acapulco Gold, Colombian Gold, Panama Red, and Limon Verde.

Join us next time as we take a deep dive into the landrace cannabis strains of Asia, to be followed by posts on Africa, the Middle East, Latin America, heirloom strains, and then, finally, the F1 hybrids that brought global fame and awareness to landrace strains.